Born in the corridors of Coimbra University, Critical Software was one of the first start-ups to surface in Portugal. Almost 25 years and many other space missions later, the company is preparing to lead the development of one of the subsystems of a historic mission: Clearspace-1.

How does one describe the unavoidable desire to invest months of work in a technology destined for the aerospace industry in a country like Portugal, which has never launched more than caravels and ships into the sea? Irrationality, perhaps? And what to make of the coincidence that the technology is ready when NASA is looking for something similar? A stroke of luck. That irrationality and stroke of luck turned an obsession into a group that today employs more than 400 people and continues to take Portugal’s name worldwide into space.

Critical Software, a company that specialised in developing and commercialising critical information systems, was one of the first Portuguese start-ups when Portugal did not even speak of entrepreneurship.

Almost a quarter of a century has passed since the publication of a paper in the IEEE Transactions on Software Engineering. The article, which caught the attention of the American space agency and put Critical in the spotlight, spoke of the vulnerability of Windows systems and how to guarantee that these platforms were more robust. If there is one place where nothing can fail, it is precisely in Space.

The founders of Critical Software combined the desire to set up a company and leave the chairs of Coimbra University with the imagination of Cosmos, Carl Sagan’s 1980s television series. Space was the place to be.

The world outside the University could not be as hostile as Space, with adverse conditions for computers aboard spacecraft, where any fault could destroy investments of years in seconds, or worse, lead to the loss of human lives. To keep up with the pace of technological development on Earth, NASA had started to adopt the same technologies that were being used down here but needed to guarantee that they would not fail up there. The recently created Critical Software had the answer.

Gonçalo Quadros, João Carreira, and Diamantino Costa, co-founders of the Coimbra company, were contacted by NASA’s Jet Propulsion Lab, a technological center for developing space probes, in what was the beginning of a long and fruitful friendship.

The first difficulty was to explain to NASA that Portugal didn’t have an agency or any government programme that looked at Space and could give references for Critical’s work. What won the company over was the technical quality, the academic credentials and the fact that they were coming out of a university with a reputable fault tolerance laboratory. Once NASA was convinced, João Carreira left for the USA, where at NASA’s request, he created a company under US law based in Pasadena. They were quite possibly the first Portuguese start-up with a subsidiary in the USA. They opened in 1999.

It is not difficult to imagine that this was the case. For years, when technological companies were flourishing at a crazy and unsustainable rate worldwide – the so-called technological bubble would burst in 2000 – there were few examples of Portuguese start-ups. Gonçalo Quadros, João Carreira and Diamantino Costa, seen as exotic species, were invited to lectures about how to create a company and their difficulties.

It takes a certain amount of madness for three Ph.D. graduates with an open path to an academic career to drop everything to set up a company with a product with no application in the country.

Banks, for example, refused to lend them money. That’s an old story, but the founders of Critical Software had already won the Entrepreneur of the Year Prize in 1998, awarded by the National Association of Young Entrepreneurs (ANJE) and a year of free incubation at the IPN (Pedro Nunes Institute, in Coimbra). They used the “famous three Fs: Friends, Family and Fools”, which even today, even with a more open funding market, continue to be the support of many young entrepreneurs.

Almost 25 years later, the world has changed. Portugal now has an ecosystem of entrepreneurs recognized worldwide. Innovation has multiplied, and so has the number of people willing to take risks and do something different. And Critical Software continues to work with NASA and has added to its curriculum the European Space Agency (ESA), Airbus Defence & Space, EUMETSAT and Thales Alenia Space, among others.

Recently, Critical Software was crucial to developing the Solar Orbiter’s flight systems. The command and central control, fault detection and recovery and thermal behavior management systems for the satellite left Coimbra’s laboratories to be developed at Airbus Defence & Space UK. ESA  launched the satellite in February 2020, and, on 26th March 2022, the Solar Orbiter entered Mercury’s orbit, getting closer than ever to the Sun.

Critical Software is also one of the four Portuguese companies involved in the ClearSpace-1 mission – which intends to collect, capture and transport for re-entry into the atmosphere a payload adaptor named Vespa. The company has taken the lead in developing the onboard software and the systems that will manage the capture of the Vespa, the detection and recovery of system failures, the control of the equipment, and the thermal and energetic management of the spacecraft. In addition, Critical Software is making history by being, together with Deimos Engenharia, one of the first Portuguese companies to lead the development of the subsystems of a mission.

It is also one of the three Portuguese companies to produce software for SKA, the largest radio telescope globally, with more than a million square metres of data collection surface, with whom they have been working since 2016. 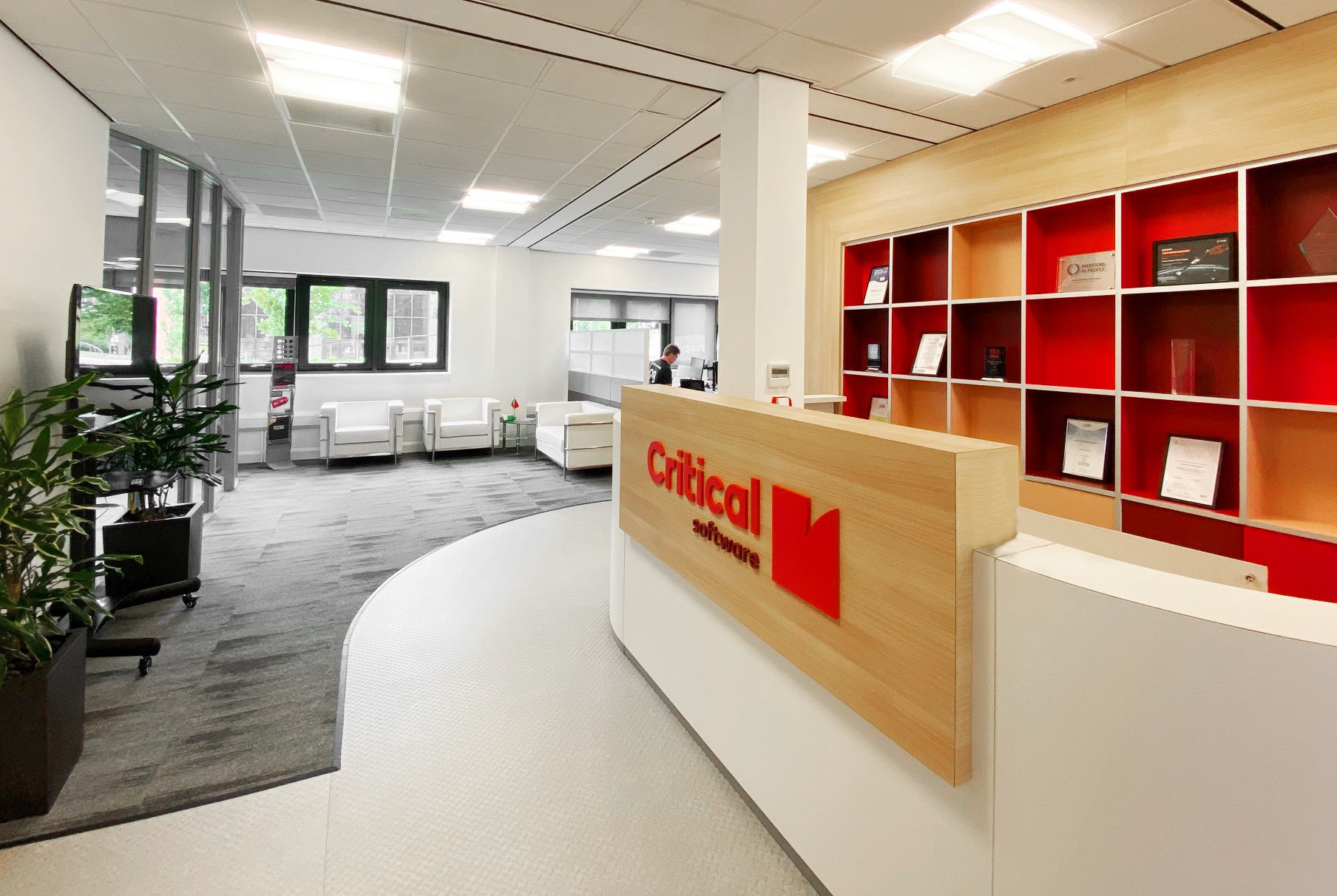 Despite the success story in the space sector, this is only one of Critical Software’s business segments. Knowing that the fault injector for the space industry was a niche technology, they diversified markets and businesses. They bet on telecommunications, automotive, railways, finance, energy, and health. There was a moment when they realized that the technology they created had to earn its wings, venturing into spin-offs and new product companies with their management structures. Companies are developing technologies applied to education, seeking to link genomic knowledge with medical practice, and manufacturing security solutions.

Twenty-five years later, one can say that luck does protect the audacious: today Critical Software is present on four continents, and with offices in nine cities, Critical Software employs around 950 people. And the space adventure of this Portuguese company still seems to have many chapters and success stories to unwrap.