With more than over 40 expressions of interest by teams from more than 15 countries, the organisers of the European Rocketry Challenge – EuRoC foresee a thrilling second edition. EuRoC 2021 will take place in Ponte de Sor, Portugal, between the 11th and 17th of October.

Applications for the second edition of the European Rocketry Challenge – EuRoC are now open. Bachelor or Master’s degree students from all over Europe are invited to register to launch solid, hybrid, or liquid propulsion rockets targeting altitudes of 3,000 and 9,000 meters.

The expressions of interest received have proven that EuRoC will be able to achieve its growth target in the future, not only in number of teams, but also in geographic coverage. For this year’s edition, where some uncertainty remains as to how the pandemic situation will unfold, the organisation will limit the participation to 20 teams.

Applications will take place between the 24th of March and the 18th of April. All interested in applying should fill in the entry form available on the event’s website. An evaluation process will take place having into account the technical aspects of the rocket but also the motivation, diversity and experience of the teams, rookie teams applications are highly encouraged. To help the registration process, the organisation will have a Q&A session about the rules and requirements on the 31st of March at 16:00 (GMT).

EuRoC’s first edition took place in 2020 in Portugal, promoted by the Portuguese Space Agency in a partnership with the Municipality of Ponte de Sor. For the first time in history, an international student rocket competition was promoted by a European country, aiming at fostering innovation, motivate students to go beyond the classroom and take on the challenge to design, build and launch their own sounding rockets.

“EuRoC has been designed to be a flagship programme to encourage students to study science, technology, engineering and math (STEM) and beyond that to motivate them to pursue not only aerospace, but any science and technology related careers as an exciting future”, says Ricardo Conde, president of the Portuguese Space Agency – Portugal Space, that sees these initiatives as a way to increase the critical mass of human resources that will contribute to the long-term sustainability of the space sector in Portugal. 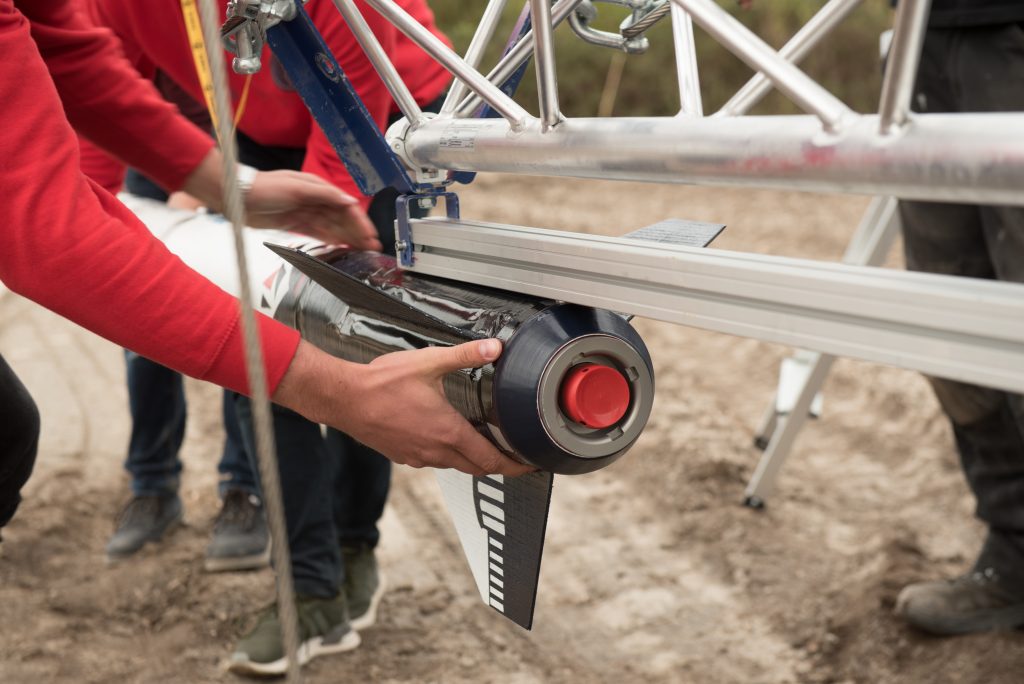 “We also need to consider that the interdisciplinary nature of the teams, resulting of a quasi-professionalisation approach, makes it clear that designing, producing and launching a rocket is not only made by experts in science and engineering. In addition to engineers, the teams include students from the areas of management, communication and others”, Ricardo Conde adds.

Over the span of five days in October 2020, the Municipality of Ponte de Sor, home to one of the fastest-growing regional aerospace clusters in Portugal, welcomed more than 100 students from six competing teams and five different countries. The students had a unique experience, working together as a team to solve real-world problems under conditions similar to those they will face in their future careers – with all the ups and downs that are to be expected during such a challenge.

“In 2020 we had Portuguese teams from different universities showcasing their projects. We hope that in 2021 we can have national teams competing hand in hand with other European teams and launching the rockets they have been developing over the last year”, states Marta Gonçalves, Science and Education Project Manager at the Portuguese Space Agency.

Part of the 2nd Edition of the European Rocketry Challenge will run parallel to the 5th edition of the Portugal AirSummit, the largest aviation, space and defence summit in the Iberian Peninsula and one of the largest in Europe.

This site uses cookies to allow a better user experience. By browsing the site you are consenting to its use.AcceptRefuse