More than 25 years after its creation, Ciência Viva has achieved part of its purpose: taking more science to people and increasing scientific culture. But there is "much to do and much to fight for". Because Ciência Viva wants to reach everyone.

The mission could be considered complete: for over 25 years, Ciência Viva has taken scientific experiments to schools, brought society closer to science and, through its activities, influenced the destiny of a generation. “Portugal has evolved a lot” in this area in the last decades, when this story began. “The number of students enrolled in STEM [Science, Technology, Engineering and Mathematics] courses has increased 67% compared to 1996,” says Ana Noronha, executive director of Ciência Viva – National Agency for Scientific and Technological Culture.

Data from the Eurobarometer 2021 on “Knowledge and attitudes of European citizens towards science and technology” also support this evolution: half of the Portuguese surveyed considered “very positive” the impact of science and technology on society. The same study reveals that the scientific literacy of the Portuguese has increased from 20% in 2005 to 58% in 2021 – above the European average. “This was only possible because a social movement for science was generated with the contribution of researchers, teachers, specialists and non-governmental organisations, who collaborated with us in the common cause of promoting science in society,” explains Ana Noronha.

But conjugating Ciência Viva’s activity in the past is limiting – or wrong. There is “still a lot to do and a lot to fight for”. The executive director of Ciência Viva has seen the institution grow like few others: she began her career with the organisation in 1996, the very year the agency was created, but “from the outside, with a project supported by a Ciência Viva competition”. 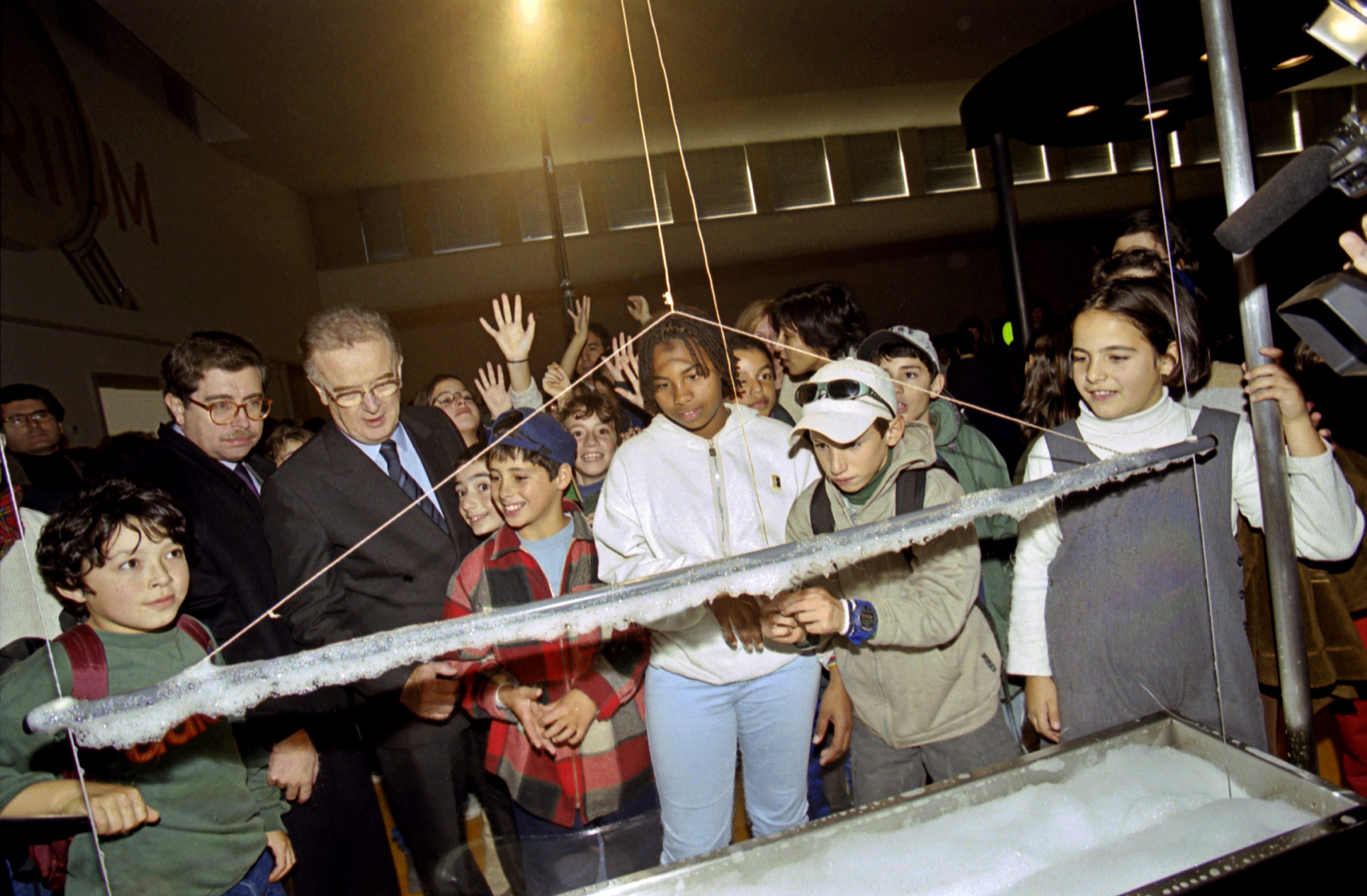 National Scientific Culture Day, 1999, at the Pavilhão do Conhecimento in Lisbon, with the then President of the Portuguese Republic, Jorge Sampaio, and the Minister for Science and Technology, José Mariano Gago . © Ciência Viva

In 1996, Mariano Gago, then Minister of Science and Technology, signed the order that gave form to the Support Unit for Scientific and Technological Education, which, in 1997, would become known as the Ciência Viva Unit. That year, Ana Noronha was invited to join “the team to support the monitoring of projects, reinforcing the link with the scientific community”.

Later, in 1998, the organism became an association of scientific institutions and would adopt the name by which we know it today: Ciência Viva – National Agency for Scientific Culture. In that year, Mariano Gago gave Ciência Viva a mission: “To promote scientific and technological education in Portuguese society, especially among the younger generations and primary and secondary school students, by reinforcing experimental science teaching”, as can be read on the agency’s website. The mission is, therefore, continuous.

Today, Ciência Viva has around 90 workers, who make up a multidisciplinary team: “engineers, IT, design and communication teams, as well as the team that carries out education and outreach projects”. In total, “around 25% have a Master’s or PhD degree”.

Ciência Viva’s relationship with Space also comes from the very beginning of its creation – so much so that the agency “already publicised ESA [European Space Agency] activities before Portugal joined”. “With Portugal’s entry, in 2000, we held an exhibition at the Pavilion of Knowledge to publicise the ESA’s main activities. The dissemination of the Portuguese participation in ESA programmes was intensified among schools and the general public, with the support of the scientific community and the FCT’s Office for Space”, contextualises Ana Noronha.

The weight of Space in the activities promoted by Ciência Viva increased in 2013, “when ESA was looking for an entity to be the national representative in the area of education”. Ciência Viva’s application “came naturally”, given the previous connection with ESERO Portugal, “a programme for the promotion of scientific education that, using Space as an inspiring element, covers all scientific areas”. 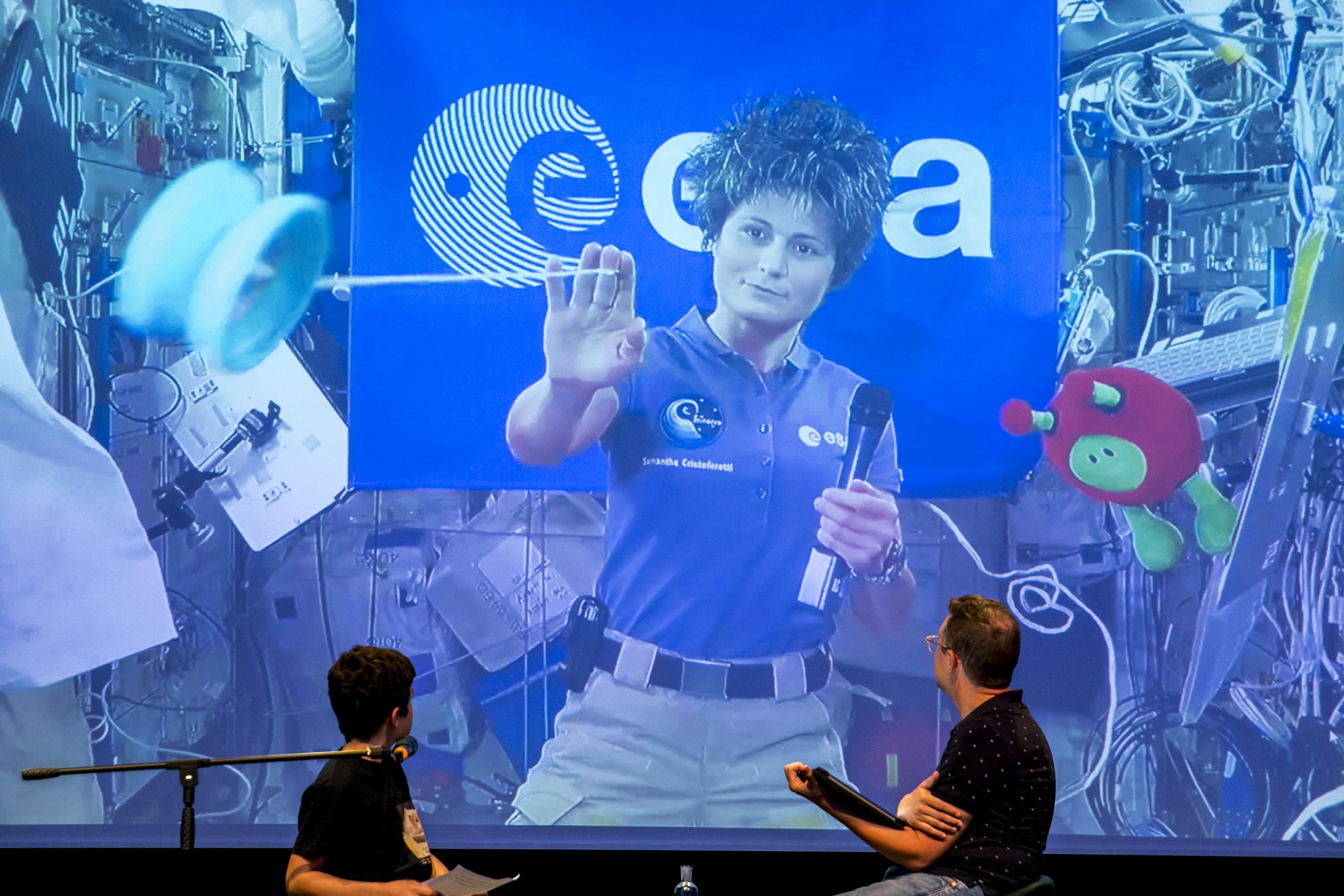 Space is one of the main themes of the agency’s programs. © Ciência Viva

With the space theme as a central theme, explains Ana Noronha, much can be taught in areas such as “programming, robotics, geography or biology”. And, to teach, there’s nothing better than the teachers – “the mediators, a reference for the students” -, especially if they are very “spacey”.

It was through teacher training courses, instituted in 2013 by Ciência Viva, that “more than 2800” Space Teachers were trained. The courses, says Ana Noronha, “don’t have great visibility in the media, but they are by far the activity dedicated to space that has had and will continue to have the greatest impact on the future of the space sector in our country”. Passing knowledge to children, we arrive at families, “who are very important in the professional orientation of their youngsters and also have a role to play as voters, in the support of policies for the development of the space sector”.

But this work, once again, does not stop at what has already been done: “The contract we are preparing for the period 2023 – 2025 will already be in accordance with the strategic lines of the new ESA educational program (Education 2030), including, for example, data science, artificial intelligence and cybersecurity. This is in line with our constant search for new themes and new activities for Ciência Viva and to support our colleagues in the Ciência Viva Centres Network,” he explains. 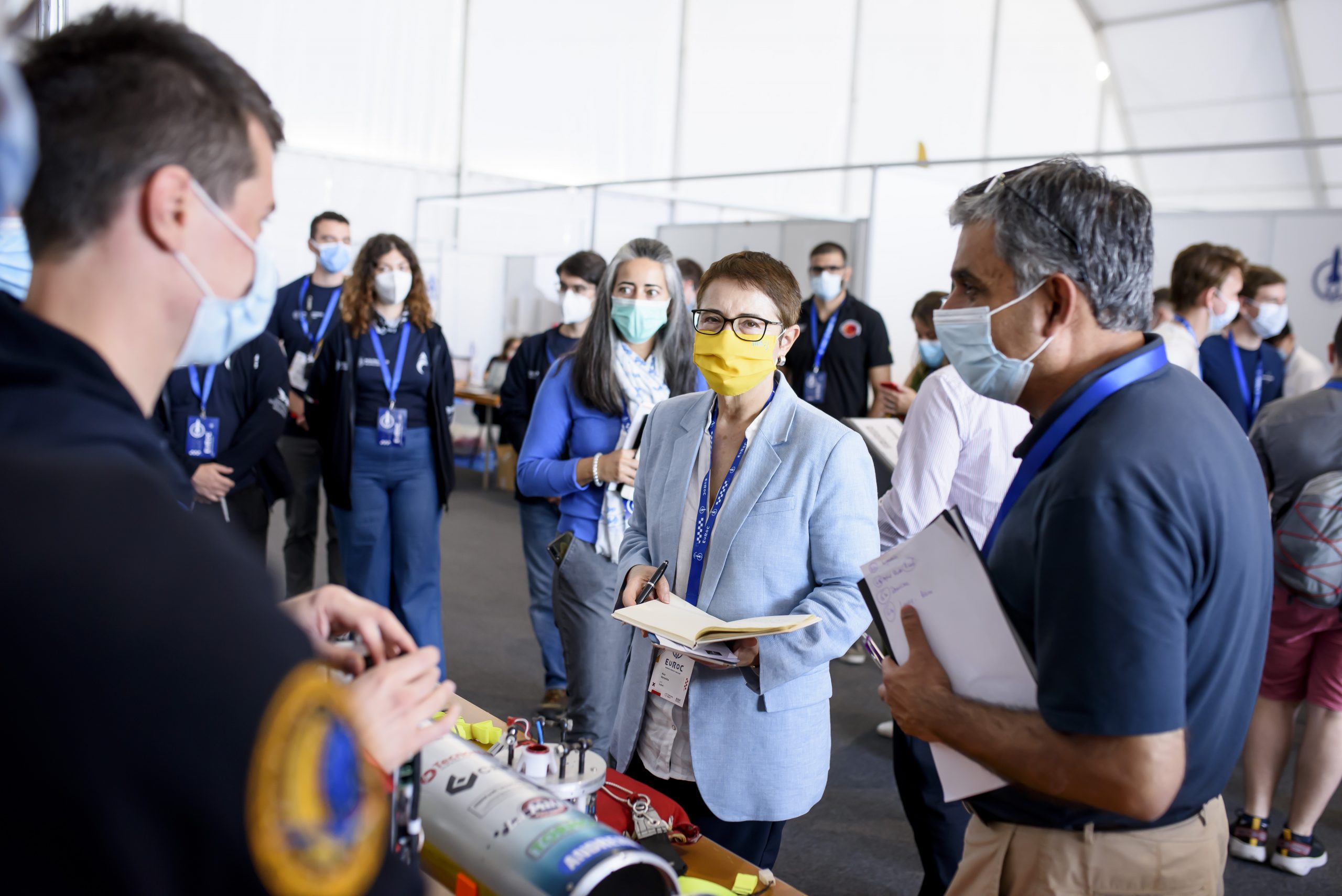 In addition, the Agency organises the CanSat National Competition, “where the team that represents Portugal at ESA’s CanSat International is selected”. “Since 2013, when the first competition was organised, more than 860 students and about 290 teachers have participated in CanSat, a project that is a first simulation of a space mission,” contextualises the executive director of Ciência Viva.

The last edition of CanSat Portugal took place last May and brought together 15 teams of students from secondary and basic education in Ponte de Sor. The competition, explains Ana Noronha, “consists in integrating the essential components of a satellite and a parachute for recovery in the volume of a soda can, launching it on a rocket and collecting data during the flight to make a scientific project”.

CanSat doesn’t end at the last launch – it grows beyond the competition and flies higher than cans. Proof of this is the creation of CanSat Junior “to prepare primary school students for CanSat”. From CanSat students leave prepared for the European Rocketry Challenge, organised by the Portuguese Space Agency, which, notes Ana Noronha, “prepares higher education students for… whatever they want to do in Space!”

“Science shapes, teaches us to think”

The example of CanSat or the teacher training programme mirror the way Ciência Viva works, whose events, projects and other activities always have something more in mind: they do not end in themselves. Just as Ciência Viva is not limited to the Pavilion of Knowledge, the headquarters of the agency in Lisbon.

At the moment, there are 21 Ciência Viva Centres throughout the country, with “four more in the pipeline”. These were the first “diffusion centres” to be created. They became “poles of dynamization of the most active entities in each region, mobilizing different publics for science”. “The research units and universities created their own extension teams, understanding the importance of disseminating their work to the citizens and, in particular, to collaborate actively with the Live Science Centres in their region”. 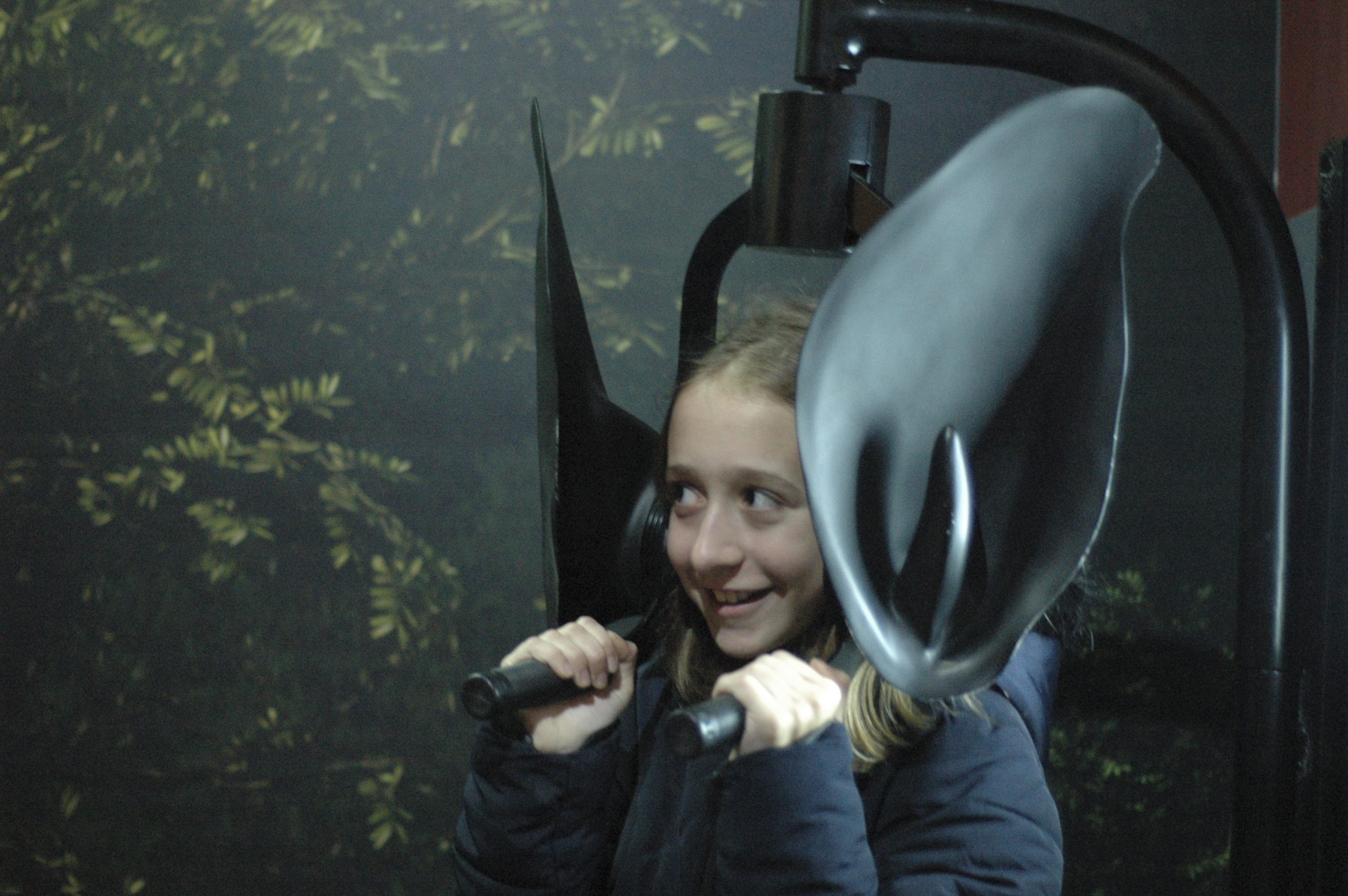 The dissemination of scientific culture has gained new actors and is also spread through schools that, with the Ciência Viva projects and Science Clubs, “organised astronomy festivals, analysed water from wells and rivers for the community, monitored protected areas, becoming examples of public mobilisation for science”. Recently, “the number of Live Science Clubs at School has risen to 708” – and it’s expected that this number will soon rise to 800. There are “more than 20 Ciência Viva Schools”.

The Agency is also preparing “a new concept” for the less densely populated regions of the country: the Ciência Viva Farms, which will be “associated with local production and ensure a dynamic space to mobilize local communities for science and knowledge”.

Because Ciência Viva’s next big goal is to “reach everyone”.  “It is always necessary to guarantee access to scientific culture throughout the territory”, he stresses. Science shapes us, it teaches us to think”. For the youngest, Ana Noronha leaves an advice: “Whether they choose a scientific career or enter any other career, science changes our view of the world. Knowledge adds value to any professional career”.