The largest telescopes ever built will have Portuguese technology. ATLAR, Critical Software and the Faculty of Science of the University of Porto won the competition, among several other Portuguese companies, for the development of software services and infrastructures that will guarantee the operations of the SKA telescopes.

The Square Kilometre Array (SKA) Project will allow astronomy to embark on a much deeper scientific journey than it has done so far: the two largest radio telescope networks ever built will enable data collection far superior to anything that exists today. The telescopes will consist of two networks installed respectively in South Africa and Australia, the first composed of 197 orientable antennas (each 15 metres in diameter), and the second of 131,072 periodic antennas of the fixed type.

The development of software and computer solutions is necessary in order to guarantee the functioning and optimal utilisation of these two networks. This component will receive the contribution of Portuguese industry and academia through ATLAR, Critical Software, and the Faculty of Sciences of the University of Porto (FCUP). In total, the contracts that ATLAR, Critical Software and FCUP have secured amount to 3.1 million Euros.

The two companies and the Porto university department were selected in a competition organized in Portugal by the SKA Observatory (SKAO) within the framework of the institution’s geo-return policy. Alongside institutional and industry partners in other SKAO countries, they will participate in the development of services and infrastructures that serve as a basis for all the software components that will ensure SKAO’s operation. This includes activities like analysis, design, construction, coding, testing, verification, validation, implementation, release, maintenance, debugging and documentation of software and computer systems.

“These are the first contracts delivered to Portuguese companies by SKAO, and they result from Portugal’s investment in one of the world’s most ambitious scientific organisations,” stresses Luís Serina, Industrial Policy and Technology Officer at Portugal Space. “This allows Portugal to be at the forefront of an emerging and transformative scientific project, while domestic companies and research centres develop technological capabilities in a key area of knowledge and strengthen their growth potential.”

“Portugal has been a long-time partner of the SKA project for the development of its software and associated computing technologies”, said Maurizio Miccolis, Software Project Manager at the SKAO. “The finalisation of these contracts, aiming to foster a partnership more than a pure commercial exchange, is intended to generate value for the Observatory as well as for our Portuguese suppliers. We look forward to continuing our long and valuable collaboration with Portugal, including for the development and transfer of those cutting-edge computing platform technologies that are absolutely necessary for the SKAO supercomputers and much in demand across the world.”

Critical Software‘s connection to SKA dates back to 2016, long before this tendering process. At the time, the company was involved in the detailed design phase of the SKA project, participating “in the development of the Science Data Processor software and algorithms, which processes the data generated by the telescopes,” explains Mauro Gameiro, principal engineer for the Space market at this Coimbra-based company. “Critical Software was also responsible for an independent analysis of the requirements of the Telescope Manager and the Signal and Data Transport systems, and for the analysis of reliability, availability, maintainability and security (RAMS) of these systems,” he adds. Now, the company’s role will be to “participate in the development of the application development platform,” with a contract worth around 345,000 euros.

The Faculty of Sciences of the University of Porto was also involved in the SKA project before 2021. In fact, the connection has existed since 2014, the year in which the Porto university became involved in the “design and pre-construction phases” of the project. SKAO, as indicated by Dalmiro Maia, from the FCUP’s Astronomical Observatory Prof. Manuel de Barros. Since then, the faculty “has always had between one and three academics working full-time for the SKA”. 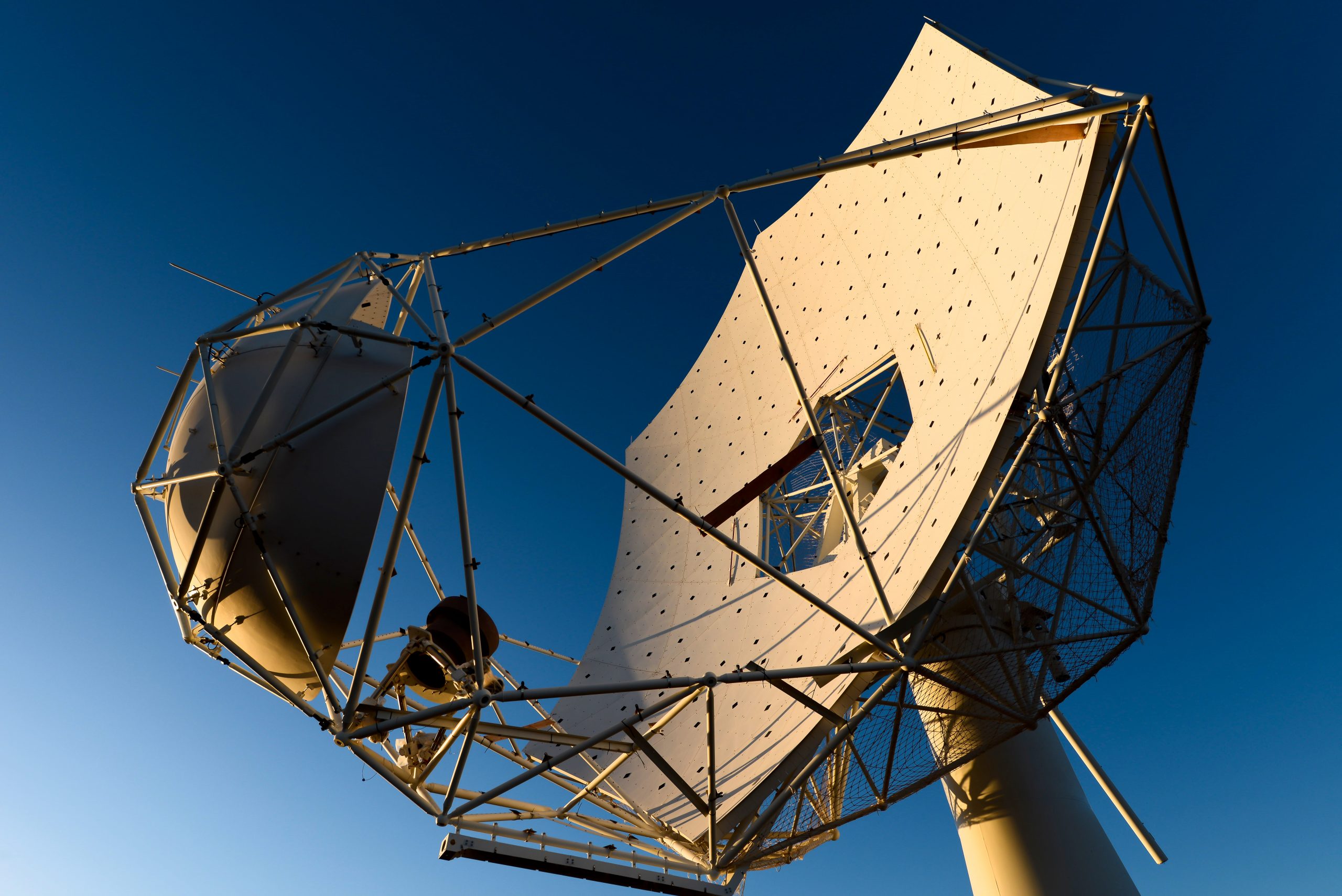 With this call, FCUP “will work mainly on Software Defined Infrastructure.” Since “the data processing and control chains of the telescopes that are part of SKA must be independent from the physical hardware,” it is necessary that “the processing, storage and communication of the various control chains of the telescopes and data processing” are defined in software. Dalmiro Maia says they are creating “virtual machines” whose characteristics “always follow the same specific standards, no matter which supercomputing platform is being used.” FCUP will create and make these virtual machines available on “supercomputing platforms,” monitoring their performance and developing “tools so that the various teams can run their codes safely and efficiently.” The value of the FCUP contract is around 980,000 euros.

As for ATLAR, CEO Hélder Ribeiro speaks of an “extremely demanding” intercontinental project capable “of producing a flow of data at a rate 100 thousand times faster than the average global broadband speed projected for 2022.”

The startup is based in Pampilhosa da Serra. It will receive around 1.8 million euros from the contract with the SKAO, and will be responsible for integrating “all the software for managing and operating the hundreds of SKA antennas,” as well as for “developing the control and monitoring software for the SKA’s digital correlator, the big machine that combines the signal from all the SKA antennas.” “The ATLAR team’s experience follows years of work on the design and pre-build of the SKA’s telescope manager (Telescope Manager and Observatory Monitoring & Control),” Hélder Ribeiro points out.

“A sign of expansion” for the space sector in Portugal

ATLAR was born from many years of work of Engage SKA Portugal (Enabling Green E-Science for the SKA), a national infrastructure for radio astronomy research led by the Institute of Telecommunications at the University of Aveiro, with support from Cluster TICE.PT and included in the National Roadmap of Research Infrastructures (RNIE). Dalmiro Maia, from FCUP, stresses that Engage SKA was “fundamental” given the Portuguese entities involved in the project. Those entities grew in the international market on the basis of this contribution.

On FCUP’s side, there is “enormous interest in SKA’s potential for discovery and innovation,” and therefore this is an opportunity for the academy “to work closely with industry” and become “familiar with the working methods and technologies used in large international projects,” adds Dalmiro Maia.

On the other hand, Mauro Gameiro affirms that Critical Software’s participation in SKA “is part of a strategy that allows the strengthening of knowledge and resources, bringing together the space and science sector into the same business segment and engineering team.” The conjugation of distinct areas in cases such as SKA also proves “all scientific projects’ great demand for, and interest in, new information technologies,” which are “distinctive” and will make “new challenges” possible in the areas of Information and Communication Technologies, opines Hélder Ribeiro. 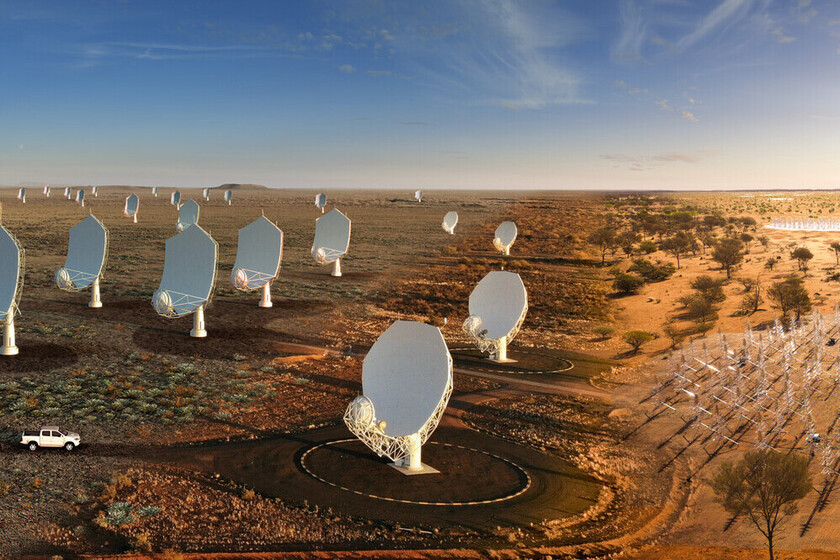 And this brings opportunities for expansion not only for this company, but for much of the Portuguese space sector: “We intend to capture opportunities of great added value, empowering Portugal for new great technological challenges,” states ATLAR’s CEO.

But this growth is not in industry alone. FCUP sees this opportunity as “a sign of expansion” and considers it essential that the country “participates in the design and construction phases” of major scientific projects. It should be remembered that Portugal is one of the founding members of the SKAO, which was set up in February 2021, and the Portuguese Space Agency acts on behalf of the Portuguese government in this framework, promoting the scientific community and domestic companies, and highlighting the country’s presence on the main world stages.

Cláudio Melo, Science Officer at the Portuguese Space Agency, says that SKAO addresses complex issues because its ambition is to “answer a wide range of fundamental questions about the beginning of our Universe and the nature of its constituents, the possibilities of life on other worlds, observing the effects of gravitational waves crossing space-time and much more.” It will therefore be “a true catalyst for innovation, fostering close interaction between industry and academia, bringing young people to STEM careers and promoting peace among peoples through global scientific cooperation.” “We are only at the beginning of this human adventure. We will certainly hear a lot about Portuguese engineers and scientists – both women and men – contributing to the success of SKAO over the coming years,” he concludes.

EuRoC 2022 will have the most teams ever