FHP hardware flies from Porto to the rest of the universe

Frezite High Performance began in 2007, at a time when few companies made hardware for the aerospace industry. Since then the Porto company has grown and has been participating in important international space projects and missions - so much so that it has even taken hardware to Mars.

“Ils sont seulement deux!” In 2007, when the Frezite High Performance (FHP) adventure began, the team was composed of only two elements. One of them was Miguel Santos, who proudly describes himself as the company’s “oldest employee.” At the time, “the dream was to make flight hardware in Portugal.” And they started well – so much so that the work of this duo seemed to come from a much larger team. Hence the surprised comment in French, from a Swiss client visiting the FHP headquarters to receive their first MGSE (Mechanical Ground Support Equipment):  “They’re only two!”

Over these 15 years, the “team has been growing steadily.” The name of the Porto-based company has also expanded, largely due to its involvement in space projects and missions. As a result, the client portfolio has grown thicker – and the Swiss client continues to be on that list.

In 2007, when FHP emerged, “there were already some companies working actively in European Space Agency [ESA] missions, but very few were doing hardware,” recalls the company’s current Commercial Business Manager. The company has not abandoned its “set of values” since then: “quality, excellence, commitment, innovation and tenacity.” In addition, adds Miguel Santos, the multidisciplinary nature of the team also contributes to FHP’s success.

“These are features that we combine with state-of-the-art resources: two clean rooms, a bake-out chamber and a filament winding machine. We also have other equipment to support operations, without which it would be very difficult to achieve the level of service where FHP is currently positioned.” Today, 99% of the company’s customers “are outside Portugal.” He explains, “We currently have customers in practically every European country, in Israel, in Latin America and in the United States of America.”

Growth is visible beyond this sphere, as well: “The company is already present in markets outside space, such as automotive or industrial, and these activities are also very important for our development – but the main focus remains on the space sector.”

Right at the beginning of everything, in 2008, FHP first participated in an international space mission, “with the supply of thermal protection in the scope of the Alphasat platform in collaboration with ESA, AIRBUS and TAS.” This was a good early omen that bore itself out, and has remained consistent for a decade and a half.

In 2018 the company became part of the FREZITE Group, a company with over 40 years of experience in the cutting tools market. What motivated this change? “FREZITE was interested in acquiring a technology-based company with good growth prospects, in a sector where the group was not yet present, but whose performance would be complementary to the areas where it already operated as a supplier,” Miguel Santos begins by explaining. The integration, he says, “was very positive” for FHP, having allowed its “growth, adopting a different management model, in line with the other businesses of FREZITE.”

Still, although FHP is part of the group, “it remains responsible for its own investments and is managed by an autonomous team.” Miguel Santos points out that “We have been focusing on group synergies, using the technology we developed in land applications (inside and outside the group), namely in articulation with the Metal Division of FREZITE. We also actively collaborate with SERI – the group’s fastening devices company – in the production of some of our hardware. These are very useful dynamics that have contributed to the sustained development of the FREZITE Group.”

Not all businesses make it to Mars

“We’ve already participated in quite a few missions over these 15 years, creating special stories,” introduces the Commercial Business Manager. FHP participated “in the debut flight of the VEGA launcher,” the company’s first flight hardware, for which it supplied “a thermal protection for one of the launcher’s cameras, which allowed us to collect images of that first flight.” Miguel Santos continues, “Then came the ExoMars mission in 2016, in which FHP provided thermal shields for two instruments onboard the TGO (Tras Gas Orbiter). These instruments continue to collect and send data from the Martian environment to Earth.” FHP also produced the thermal protection for the Schiaparelli module (EDM – Entry and Descent Module), “whose mission was to land on Mars;” unfortunately, the module crashed on the Martian surface. “In any case, I don’t think many companies will be able to say they have hardware on Mars,” jokes the Commercial Business Manager.

FHP has raised the Portuguese flag even higher on important ESA scientific missions in recent years, such as EUCLIDD and JUICE. Other missions in the portfolio include PLATO (which will observe Europa, one of Jupiter’s moons) and HERA, with an aim “to divert the trajectory of an asteroid on a collision course with Earth,” just as in the film Armageddon. FHP has also embarked on adventures beyond the solar system, designing and producing the thermal shields used in the CHEOPS optical telescope, as well as participating in “the preliminary phase of the ATHENA mission, which will take an X-ray of the universe, studying black holes in the next decade.” 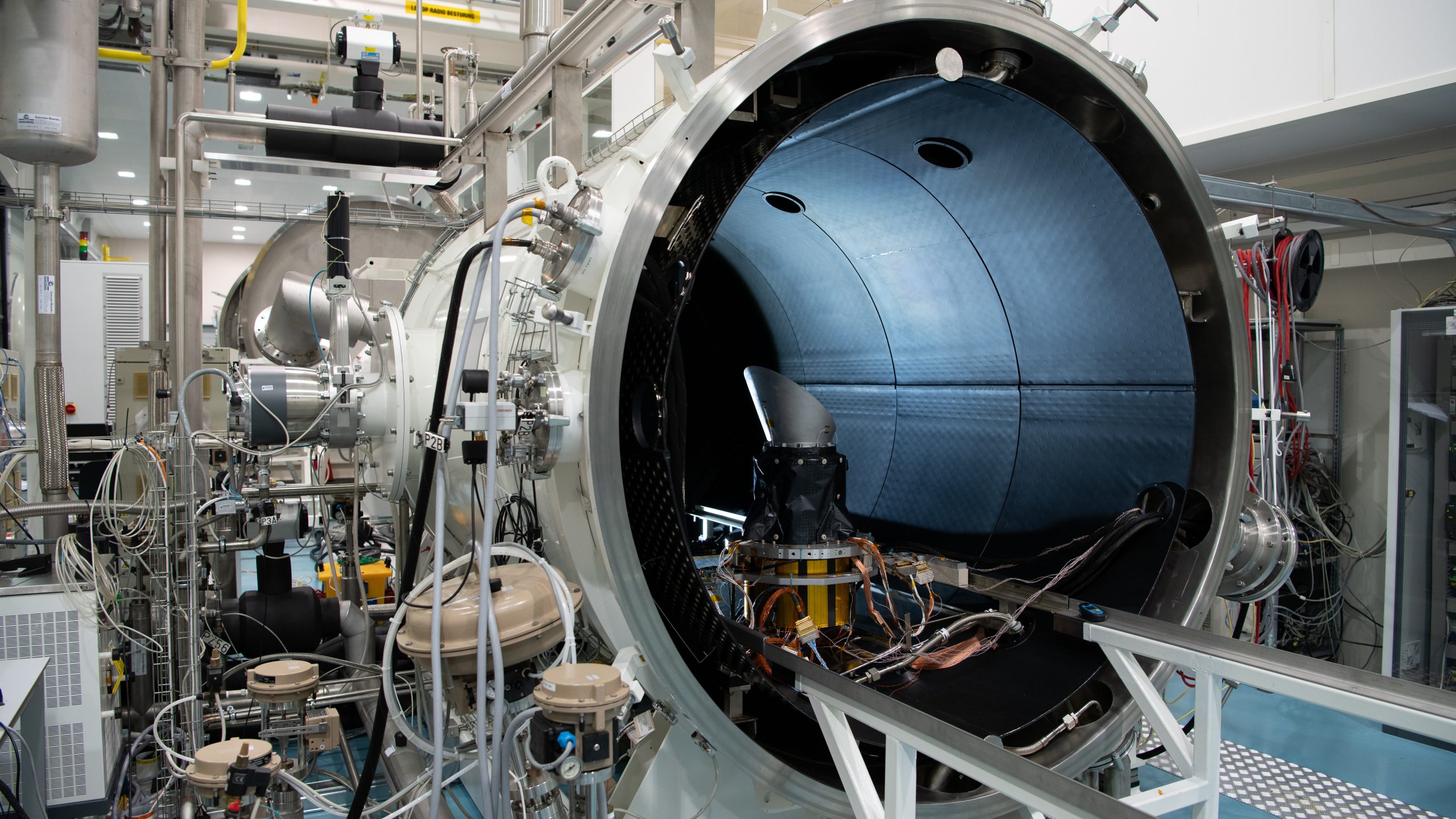 FHP has participated and participates in several international missions, such as PLATO. © FHP

“We have been participating in Earth Observation missions by supplying the structure of the large deployable reflector of the CIMR satellite. And, more recently, in communication satellites, such as AlphaSat or H2Sat,” says Miguel Santos. The Porto company has also left its mark on “almost all the Copernicus satellites,” of the European Earth Observation programme, by “supplying thermal protections for various instruments” and even “complete satellites,” as well as “the CIMR satellite’s deployable antenna,” which is “practically three times the size of the body of the satellite itself in which it is inserted.”

Outside the “institutional radius of the ESA,” Miguel Santos points out, FHP has been engaged in the fields of New Space, mainly through “the supply of flight hardware for a North American constellation of more than 100 satellites, as well as in other commercial activities in Europe, namely in Spain, Italy, Belgium and Luxembourg.” He adds that “FHP is also committed to participating in Galileo, and to participating in the upcoming missions to the Moon.”

The portfolio is long and impressive, but FHP’s objectives remain the same: to grow the company “in a sustained manner and to add value to the products on a regular basis, making them increasingly attractive to customers.” In the short term, this means “completing solutions in the thermal subsystem, growing the structure part with the supply of deployable structures, booms, central tube and components for micro-launchers.” “In the medium term, we nurture the desire to become an integrator of small satellites,” concludes Miguel Santos.

This requires a motivated team, which at FHP is also “young and dynamic,” as well as being multi-disciplinary. There are PhDs, masters and graduates from various universities in the country – from the University’s Faculty of Engineering to the Instituto Superior Técnico, as well as the Universities of Nova, Coimbra and Beira Interior – but also “specialised professionals with more than a decade of know-how in the area of space.” Today, if a Swiss client were to walk into FHP’s premises, he could no longer say the same thing. He would have to adapt and say “Ils sont 27!”

More than 100 participants from 37 countries in SSP22

A challenge to the national ecosystem

Space debris are increasing by the hour