Giving Space to young people — and betting on their future

Launching rockets, flying in zero gravity, participating in multidisciplinary programmes with the biggest personalities in the space sector globally. These are some of the possibilities promoted and encouraged by the Portuguese Space Agency, which sees young Portuguese students as the future of the Portuguese space ecosystem.

The silver launch rail looks tiny from afar. Pointed towards the Alentejo sky, it holds more than the colourful rocket that will take off: it is also where the dreams of the participants of the European Rocketry Challenge – EuRoC are concentrated, a rocket launch competition for university teams promoted by the Portuguese Space Agency – Portugal Space since 2020, in partnership with the Ponte de Sor municipality and, more recently, also with the support of the Portuguese Army.

In the moments that precede each launch, the frenzy that, for almost a week, settles over the Campo Militar de Santa Margarida (in the municipality of Constância), is interrupted by silence. All eyes are on the launch rail. We wear the countdown and the magic word “ignition”; the white smoke begins to appear. It’s a good sign, but not good enough. You need to see the rocket take off to get the party started.

With the take-off done, the joy of the team that has seen their rocket tear through the sky is accompanied by that of those who have waited, with them, for this moment. There is applause, shouting, and hugs. There are no competitors there. The defeats and victories of some are everyone’s. “It is one of the best moments of the whole competition and it justifies, in a lot, why we took the risk of going ahead with this project“, says Marta Gonçalves, Education Officer at the Portuguese Space Agency. 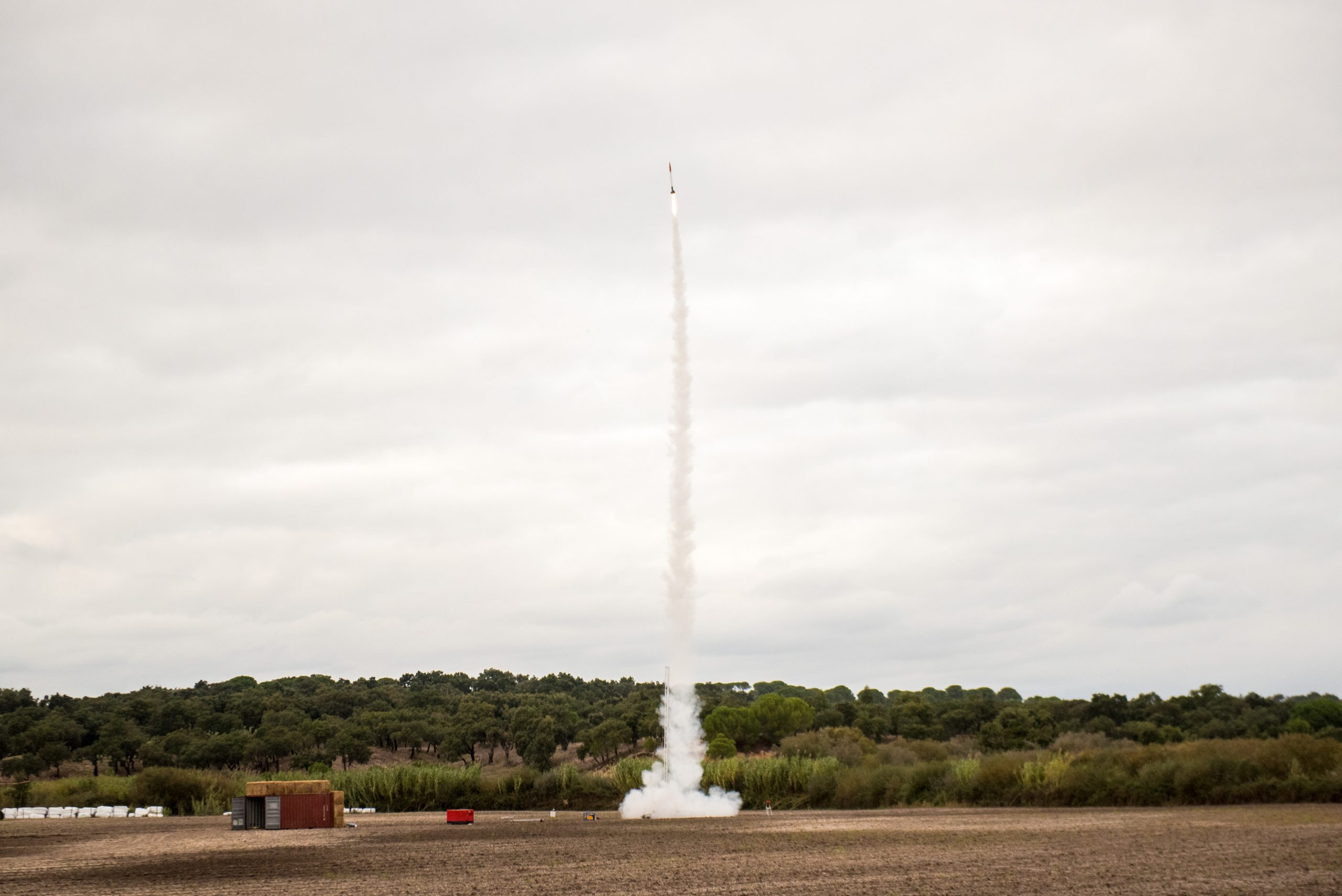 The competition, which emerged in 2020 to respond to the teams that saw their projects suspended with the cancellation of the Spaceport America Cup competition, is the only one of its kind in Europe. It began tentatively, with six teams. A year later, in 2021, there would be 20. “This year we have reached 25 teams. It is even more challenging, but our purpose is for the competition to evolve. At the third edition, we can say that EuRoC is a mandatory stop for these European teams,” says Marta Gonçalves.

EuRoC is one of the various bets of the Portuguese Space Agency in the area of Education, being one of the strategic pillars of its action since its foundation in 2019. It is explicit in Axis 3 of the Portugal Space 2030 strategy, which calls for the need to stimulate technical skills, and training and attracts qualified human resources, and promote activities in collaboration with European and international partners, through scientific research, innovation, education, and the promotion of scientific culture.

The presence of two Portuguese teams in the 2022 edition of EuRoC, one that brings together students from the University of Beira Interior and the University of Coimbra and another repeating from Instituto Superior Técnico, which debuted in 2021, is a first sign of the need (and effectiveness) of these bets.

Despite the progress made over the last 20 years, the national space sector still has major challenges and barriers to overcome in order to increase its size, influence, and competitiveness, particularly in terms of the impact of installed capacity on the economy and society. The sooner we start acting, the greater the impact in the future.

The success of EuRoC confirmed the need to organize projects that reach out to more students, and other age groups, and that promote young people’s interest in STEAM (Science, Technology, Engineering, Arts and Mathematics), and show the many possibilities that Space has to offer.

In late summer 2021, the Portuguese Space Agency team began designing what would become Zero-G Portugal – Astronaut for a Day, aimed at primary and secondary school students aged between 14 and 18. In the end, 30 candidates will be selected for a flight in zero gravity in which they will be able to experience what astronauts feel in Space. The competition is supported by Ciência Viva, in addition to the collaboration of the Faculty of Psychology and Education Sciences of the University of Porto, the Faculty of Human Motricity of the University of Lisbon and the Portuguese Air Force. 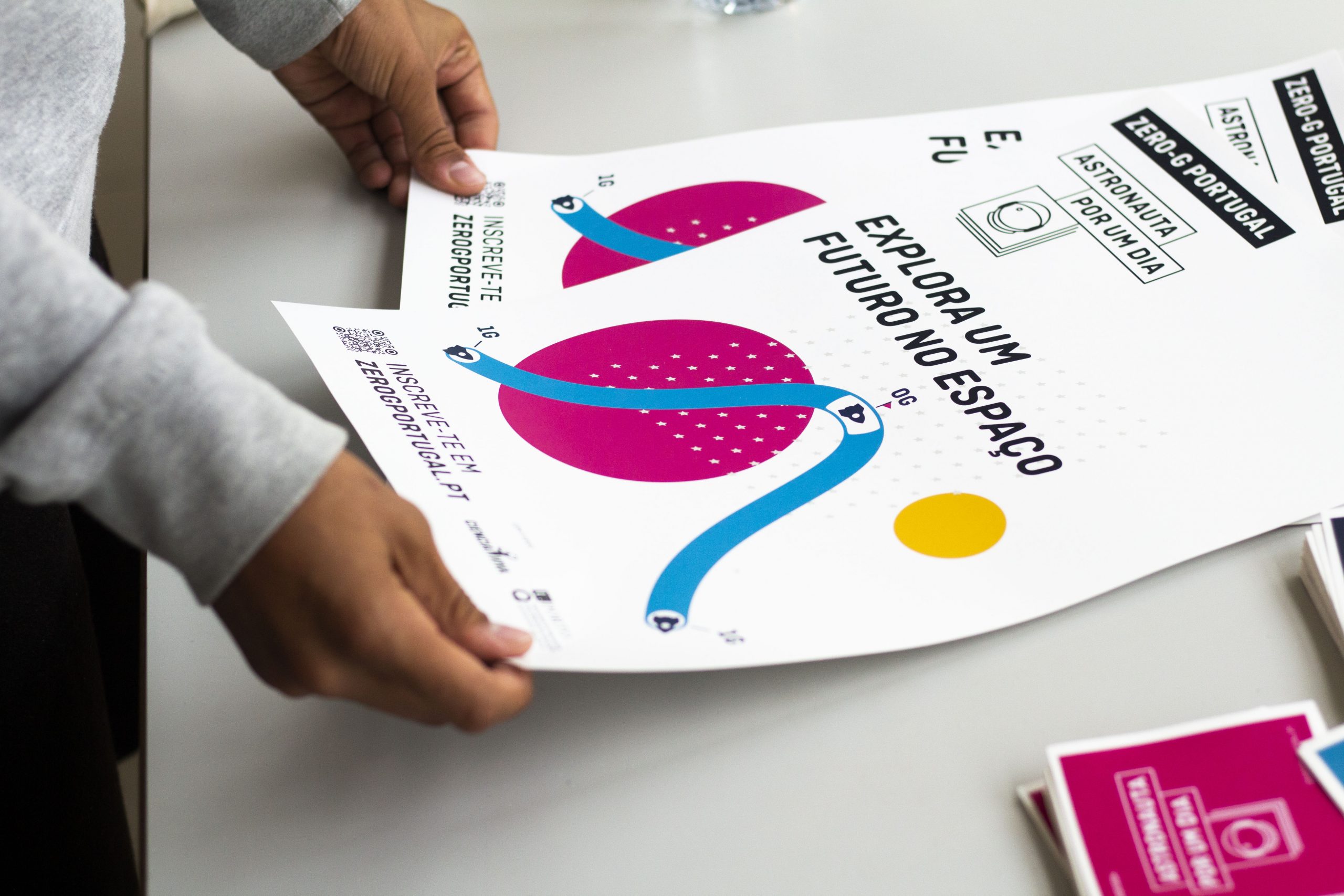 “The Portuguese Space Agency wants to reach all young people and this competition broadens that spectrum. The candidates of Zero-G Portugal – Astronaut for a Day are at a moment in their lives where they will have to decide their future in secondary school or are about to enter higher education,” frames Hugo Costa, director of the Portuguese Space Agency. “In addition, and because this activity is something new in Portugal, we try our best to reach the whole country. And the truth is that we had candidates from all the Portuguese districts“, he adds. Of the 460 initial candidates, 60 remain in the 4th phase of the competition. Of these, 30 will be selected for the parabolic flight.

“It is always difficult to leave participants behind in this type of contest when we know that their enthusiasm for space, sciences and technologies made them participate initially. But in trying to replicate the ESA astronaut selection process, we knew we would have eliminatory phases. We had tests of interpretation and spatial perception, physical aptitude and now an interview phase. It serves to show that an astronaut, or a space professional, is made up of various skills, from the humanities to the sciences, and not always connected to physics and mathematics”, indicates Marta Gonçalves.

Space at the University

Contests like Zero-G Portugal – Astronaut for a Day can open the door to a path in Space. But there are other initiatives that can firm certainties and deepen knowledge of students of academic courses – be they related to Space or not.

For university students with an interest in space, Portugal Space launched a set of PhD scholarships in 2021, distributed over four competitions, with the aim of strengthening space research, training and innovation. Promoted by the Portuguese Space Agency, the PhD scholarships in areas such as Earth Observation, Space Safety and Space Technology R&D, among others, were the result of an agreement with the Foundation for Science and Technology (FCT), which financially supports the program and is the entity responsible for contracting the selected candidates.

The goal, summarizes Marta Gonçalves, is to foster “scientific research not only in Space but also in other fields related to it, since this is an area that can be integrated in several areas of study”.

The multidisciplinarity of the space sector is one of the opportunities for growth of the ecosystem and an added value that Portugal Space has sought to promote, namely by valuing the diversity of disciplines in the constitution of the teams participating in EuRoC. Coming from different areas of knowledge, ranging from engineering to management, from cinema to biology, the teams represent a microcosm of the reality of the sector, which is also present among the participants of the Space Studies Program (SSP), of the International Space University, which this year takes place in Oeiras. 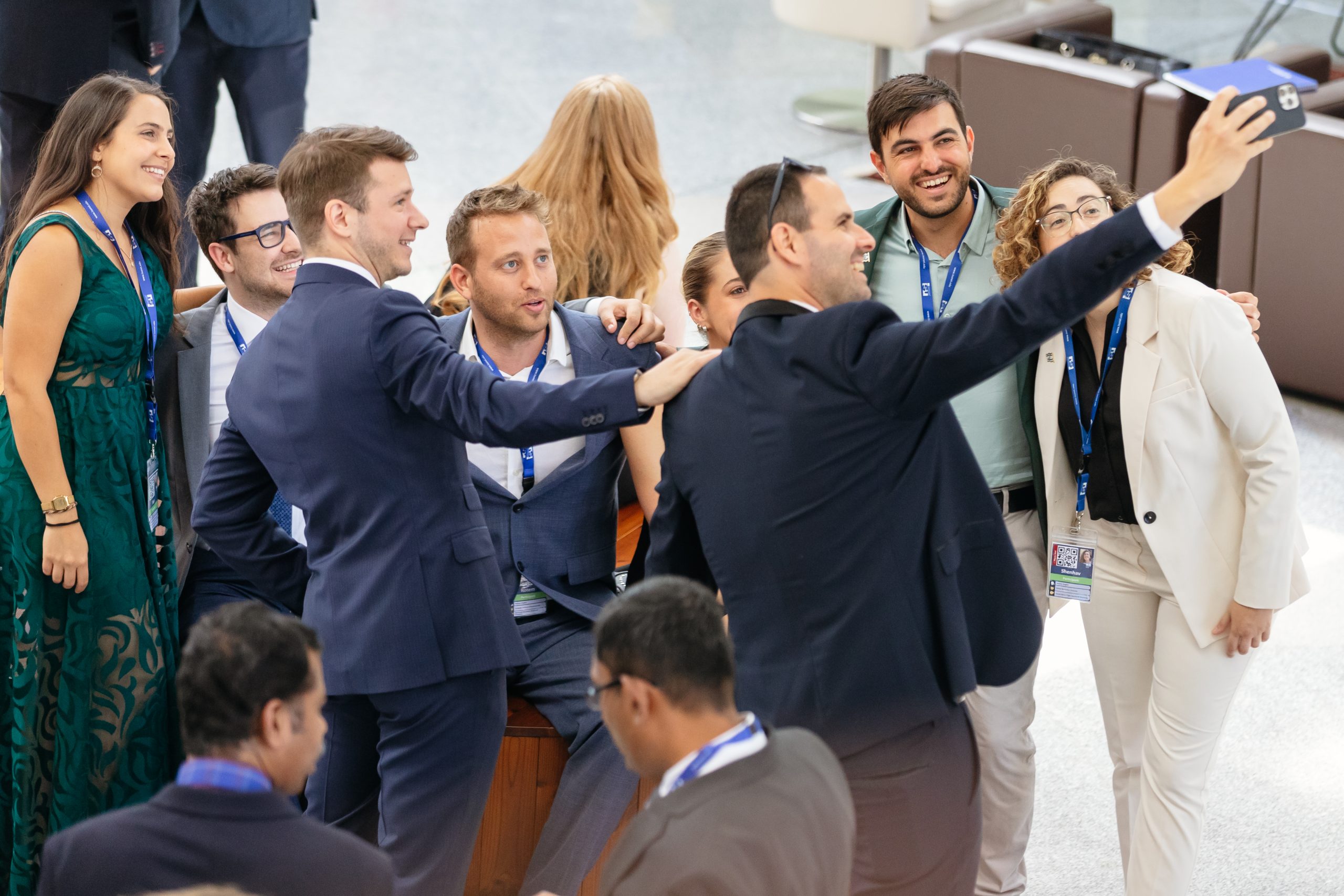 Already in its 34th edition, SSP, which runs from 27 June to 26 August, is an intensive professional development course designed for recent graduates and professionals from various disciplines around the world. The organization of this edition is in charge of the Portuguese Space Agency and Instituto Superior Técnico (Técnico).

“SSP2022 is another step in the implementation of the Portugal Space 2030 strategy, placing Portugal Space, once again, as a promoter of opportunities associated with education and capacity development in the space sector and linked to an internationally recognized university in this sector. It is also a way to connect our national ecosystem to the international experts that will come here”, reinforces Hugo Costa. The course will have invited co-chairs from the Portuguese Space Agency: Joan Alabart, responsible for Industrial Relations and Projects, and Carolina Sá, responsible for Earth Observation projects, among numerous national and international trainers, including professors from some of the most prestigious space organizations and agencies.

In this edition of SSP, Portugal will be represented by the participation of nine students, who received scholarships co-financed by Portugal Space. “It is one more reflection of our effort to promote Space among the student community, more specifically the university community”, says the President of the Portuguese Space Agency. For Ricardo Conde, “it is not enough just to promote this type of initiative”: “We need to facilitate the access to projects, courses and opportunities in Space. Democratizing access to space is also about this – and the young Portuguese who participate in Zero-G Portugal, in EuRoC, or in SSP are the future that will sustain and take our ecosystem even further.”