Space, the new Portuguese adventure that is written with everyone

Portugal's history in space began even before 2000 when the country joined ESA. This narrative results from a series of contributions from various moments and actors, such as those who participated in the first Portuguese satellite in 1993,
and many others who have built today's Portuguese space ecosystem.

“The technological leap we have had since joining the European Space Agency (ESA) is impressive.” This was how, in 2005, during the Space Forum, Mariano Gago described the technological evolution that occurred in Portugal in just five years. The former Science Minister was responsible for Portugal becoming an ESA Member State. Still, the negotiations had begun ten years earlier. Portugal formally joined ESA on the 15th of December 1999, making Portugal the 15th member state of the European agency. Almost a year later, the Portuguese Parliament ratified the agreement, boosting the benefits to the Portuguese organizations.

However, we need to go back in time to look at the first steps of the Portuguese space sector. In 1972, the United Nations Conference on the “Peaceful Uses of Outer Atmospheric Space” took place in Vienna and at this moment the Portuguese activities for outer space started. António Silva de Sousa, Director General of the National Meteorological Service, represented Portugal and the Permanent Commission for Studies on Outer Space (Comissão Permanente de Estudos do Espaço Exterior – CPEEE), which was created in January 1970 under the aegis of the Presidency of the Council of Ministers.

The commission had a broad and inclusive membership including representatives from the Nuclear Energy Board, National Civil Engineering Lab (LNEC), National Meteorological Service, Armed Forces, CTT, Geographic and Cadastral Institute, General Directorate of Civil Aeronautics, and Industry Associations, among others.

The constitution of the CPEEE is evoked by Fernando Carvalho Rodrigues, regarded as the father of the first Portuguese satellite, who resorts to poetic inspiration to cast the curtain where this history is engraved. For the physicist, it was Camões “who had the prophetic vision of going, studying and using outer Space to make a charter of knowledge of both Earth and Cosmos”, he says, referring to Canto X of “Os Lusiadas” (1572). And it is in this epic poem that the physicist finds “the concept that took a Portuguese satellite into space” centuries later, in 1993: PoSAT-1.

On the 25th of September 1993, at around 2.45 am, the Portuguese space ambitions went into orbit aboard flight 59 of the Ariane 4 rocket. Carvalho Rodrigues, regarded as the father of the first Portuguese satellite, recalls the historic launch as “tense work and enormous concentration”, which was also haunted by some fear of failure. “Satellites cost some money, and nobody is willing to hear that a million functions might fail”, he justifies. The cost of this project was, at current values, around 5 million Euros, part of which was financed by the then Specific Program for the Development of Portuguese Industry, but also by the companies that made up the PoSAT-1 Consortium — INETI, EFACEC, ALCATEL, MARCONI, OGMA, UBI and CEDINTEC. 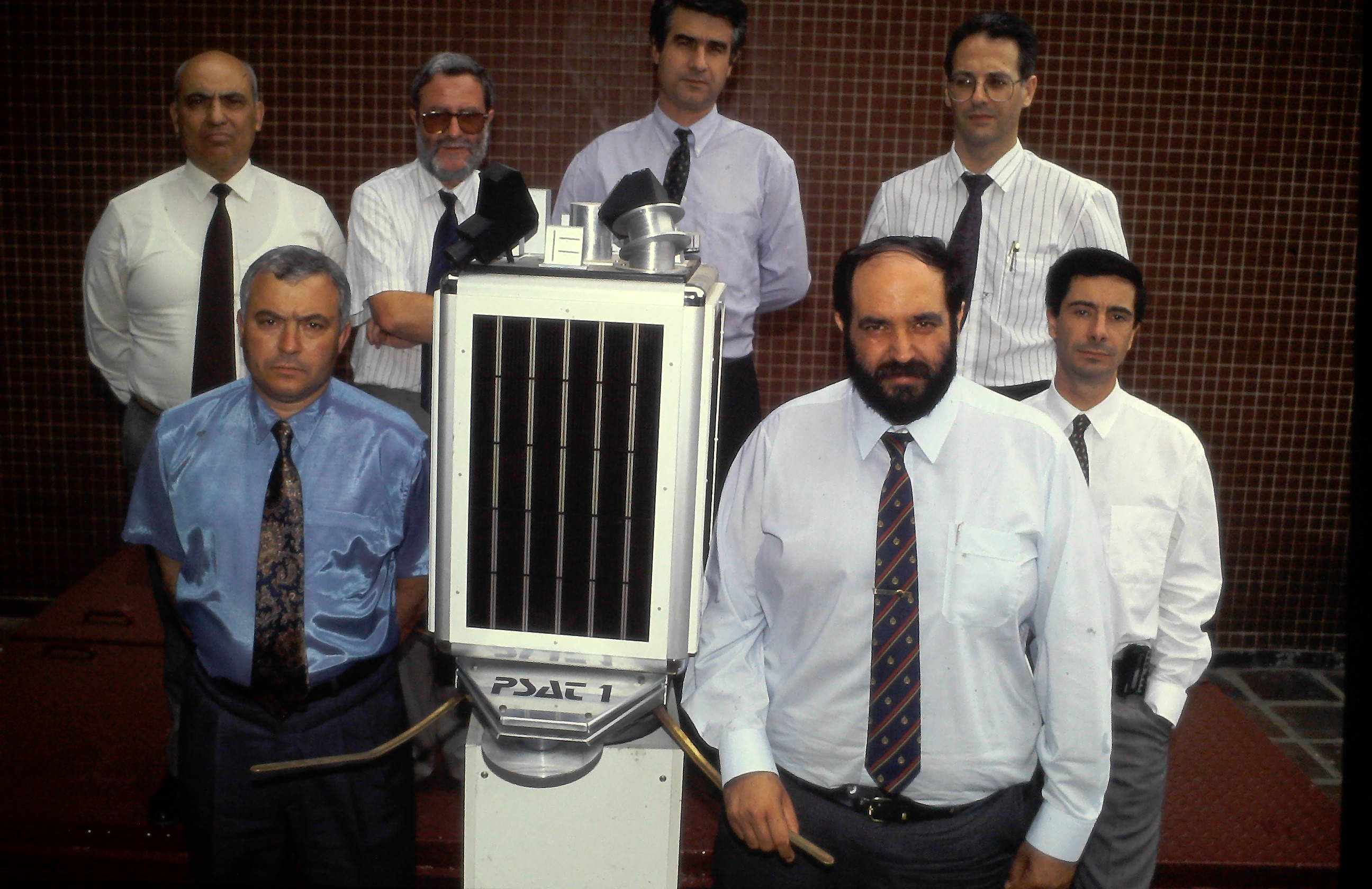 On the night of the launch, Carvalho Rodrigues only relaxed when he received a fax guaranteeing that Po-SAT was fully functional after “the Satellite Command Centre in Alfouvar had received the signal and started ‘talking’ to the satellite”. Afterward, he was overcome with gratitude for having brought together “so many people, so much hardware and so much software” in this project.

The ambitious Portuguese project went so well that PoSAT-1 exceeded its “lifetime”, something that Carvalho Rodrigues confesses was unexpected: “Although the satellite was very well built and the launch was calm, what had been agreed with the Consortium was seven years. Achieving almost twice as long is something!” Óscar Barbosa (EFACEC), João Batalha (MARCONI), Miguel Leitmann (LNETI), Santos Coelho (OGMA) and Deonado Cardoso (OGMA) contributed to this success “under the responsibility and technical direction of José Rebordão, from LNETI”, the physicist recalls.

PoSAT-1 was used for telecommunications purposes in several countries and served the Portuguese army in missions in Bosnia. It was also an important step in what is now one of the fields of action of the Portuguese Space Agency: Earth observation. 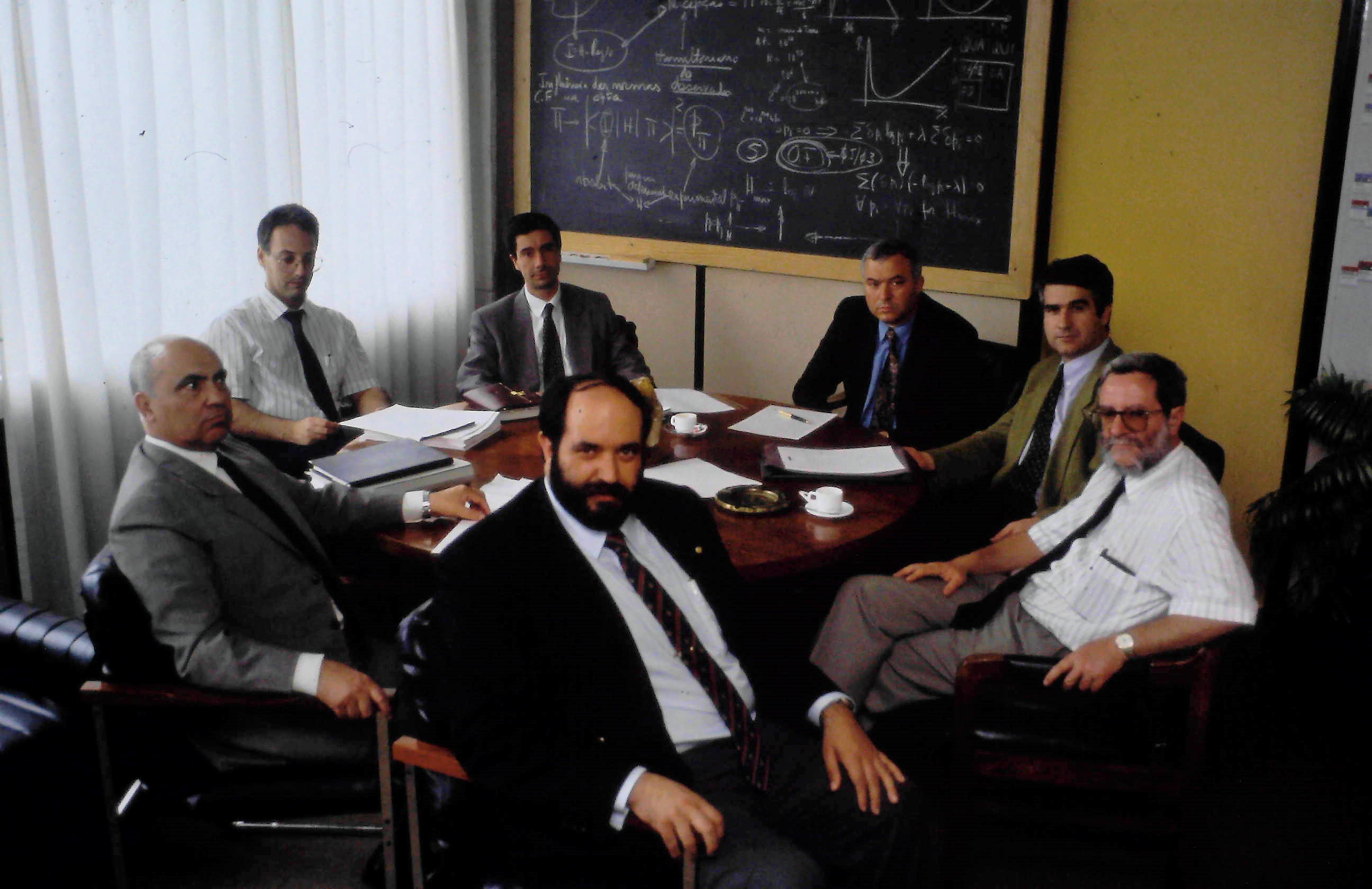 An agency for Space and for citizens

For over two decades, Space matters and projects were under the responsibility of the Space Office, at the Portuguese Foundation for Science and Technology (FCT). It was up to names such as Braga Campos, Paulo Ferrão, Rodolfo Condessa, Elsa Alexandrino, José Rebordão, Mário Amaral, Luís Serina, Emir Sirage or even Hugo Costa, today director of the Portuguese Space Agency, to provide the official connection between Portugal and organisations such as ESA and the European Southern Observatory (ESO), which the country also joined in 2000.

Taking advantage of a policy based on geographic return and a task force dedicated to our country, Portugal invested in programmes that contributed to the development of national industry, ensuring that companies received back in the form of contracts the value sponsored by the country. After two decades of relations with ESA and ESO, with a strengthened industry capable of contributing to the economy’s growth, Portugal moved on to the creation of its own Space Agency. Three years have passed. 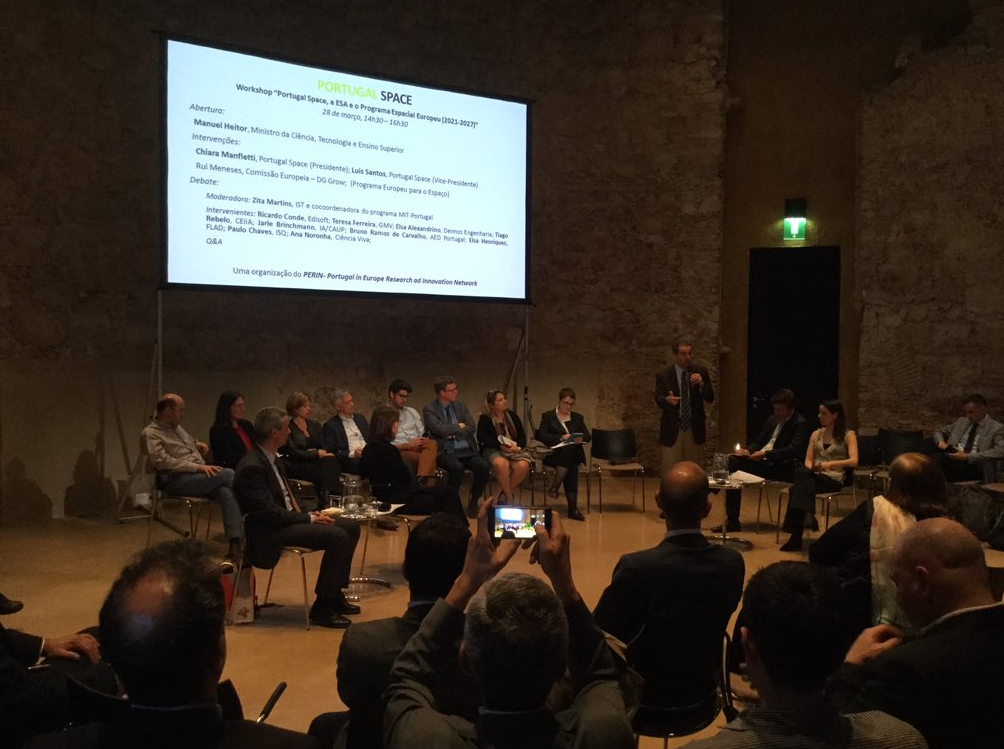 The Portuguese Space Agency “was created in articulation with ESA to ensure that Portuguese citizens are an integral part of future space systems and developments in Europe”, points out Manuel Heitor, the architect of the national space agency. But first came the National Strategy for Space – Portugal Space 2030, outlined by the then Minister, who sees the creation of the Agency as the culmination of two decades of work, and which, looking to the future, seeks to strengthen Portugal’s position in what concerns Space around the globe.

“The challenge, which is also a great opportunity, consists in mobilising traditionally non-space sectors to invest in innovation developed by the space sector, towards a more sustainable common future”, summarises Manuel Heitor. To this end, it is also essential to “involve citizens in general, but also a wide variety of social and economic actors, such as public and private customer — from maritime operators, landowners and agricultural companies, among all those who need to ensure a sustainable management of land and oceans — to managers and public bodies responsible for ensuring the safety of our populations”.

The president of Portugal Space, Ricardo Conde, with three decades of history in the space sector, was one of the first members, along with Chiara Manfletti, then president, to join the team of the Portuguese Space Agency. Ricardo Conde believes that Portugal Space’s mission assumes “an ever-greater importance at a time of exponential growth in the space economy”: “New technological advances allow new services, new methods of observation, an understanding of our planet, and a prospect of greater permanence in orbit.” 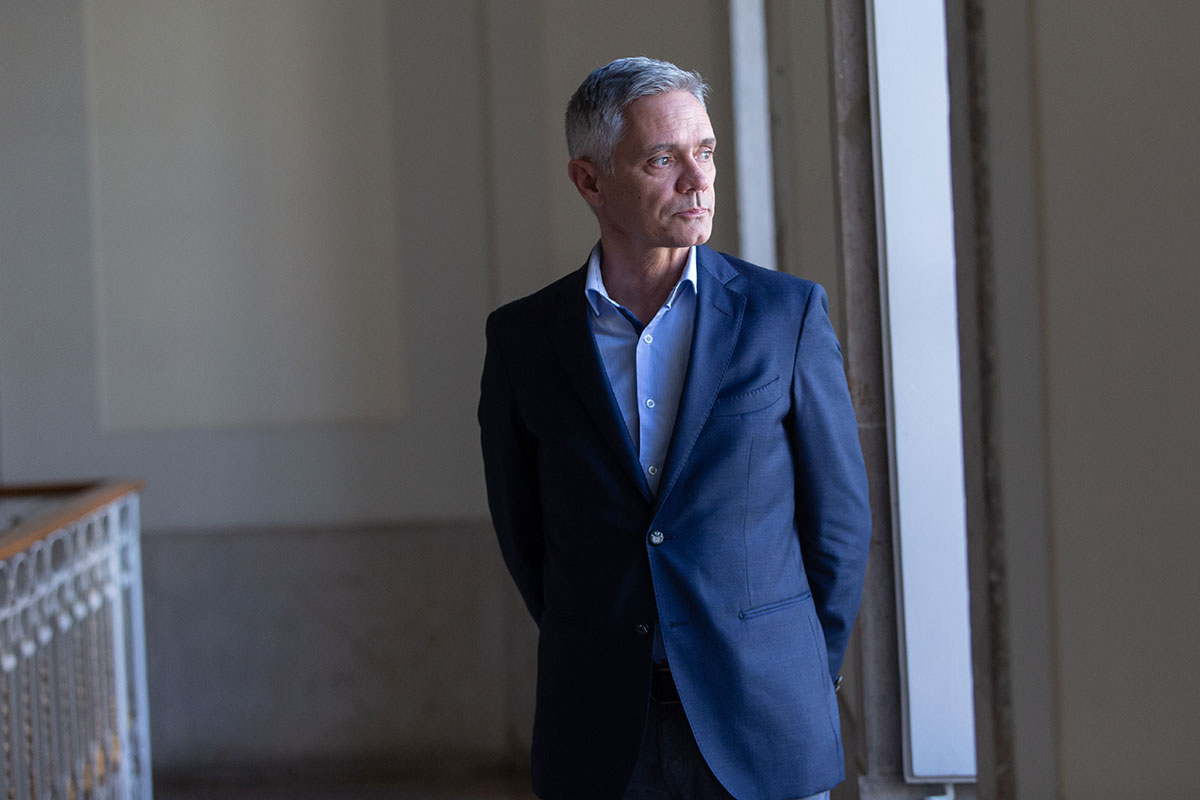 “The world has changed since Portugal Space was founded. Space is now a strategic pillar of European policy, contributing directly to a more resilient, more autonomous and greener Europe”, says Ricardo Conde, recalling that the European Union’s Space programme and ESA’s Agenda 2025 represent Europe’s commitment to this sector. “We have been aware of this from the beginning, but there are more and more challenges we must respond to, and Space presents itself as one dimension of those responses. Space offers solutions for various spheres of our lives, and space technologies contribute to finding the keys to solving concrete problems, such as the understanding and monitoring of our territory, the management of water resources, fire prevention and the management of coastal areas, among others,” says the current president of the Agency.

But this does not mean that the Agency’s actions are limited to its country’s borders. “We are involved in various international bodies in various fields, such as Space Science, from ESO, and the Square Kilometre Array Observatory (SKAO). And, of course, we coordinate Portuguese participation in ESA, managing and advising the Portuguese government on contributions and subscriptions made to the European Space Agency,” he explains. “This means that we are in close articulation with the global space ecosystem, because Portugal Space operates in international cooperation,” Ricardo Conde stresses.

This articulation allows Portuguese citizens to be “an integral part of space systems and developments, promoting the use and acceptance of space data, information and services”, as stated by Manuel Heitor. But also stimulates “the development of the national space ecosystem and downstream sectors, including the development of new space services oriented to non-space sectors”, he adds. “It is also important for us to foster the growth of “New Space” activities and approaches, as well as to foster the growth of demand for space-based data, which requires updating the Copernicus free and open data policy, in articulation with new satellite constellations, towards a higher resolution data generation system.”

Eyes on the future

In recent years, in addition to the creation of the Portuguese Space Agency, other moments have contributed to the pursuit of Portuguese programmatic and political ambitions in the Space domain. The focus on promoting the teaching of Space-related areas through Ciência Viva and the ESERO network and the increase, in recent years, of the higher education offer in Aerospace Engineering are examples of this.

Equally important and crucial was the creation of the Atlantic International Research Centre (AIR Centre) in 2017 and the development and promotion of GEOSAT, a new Portuguese satellite operator. In terms of international cooperation, Manuel Heitor highlights the national articulation with centralised and decentralised European funds, such as Horizon Europe, and national funds and projects” managed by FCT and through partnerships under the Go Portugal Programme”, which includes MIT-Portugal or UT Austin.

With his eyes on the future, the former Minister of Science, Technology and Higher Education also highlights the importance of access to Space through the national territory and, in particular, the Azores, “oriented towards the installation and operation of a small open spaceport with reuse of micro-launchers” on the island of Santa Maria. In that sense, the construction of additional space-related infrastructures has been promoted on the same island, including the “teleport, test facilities for engines; and additional landing and payload preparation facilities for the future European Space Rider aircraft”.

In four years, the level of public investment has more than doubled – from 25 million euros in 2016 to more than 52 million in 2021 – but the ambition is to increase funding for the space sector tenfold. And for this, the decisions taken in December, when the next ESA Ministerial Summit takes place, will be decisive. 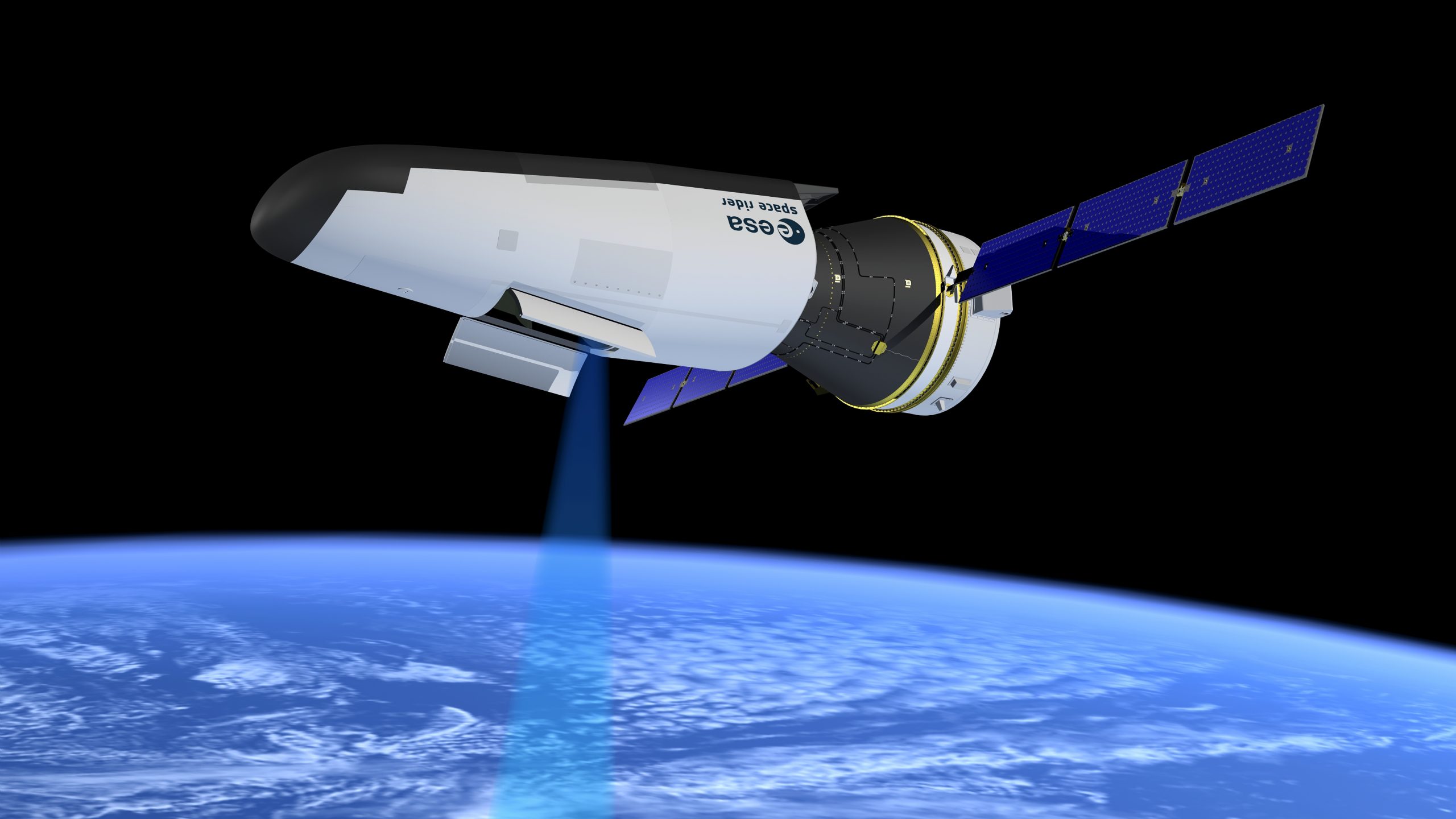 “Portugal Space is committed to this goal and therefore has defined several challenges in its action axes, challenges that are very demanding, but that will result in the affirmation of space in Portugal”, says Ricardo Conde. The president of Portugal Space refers to the need to continue technological capacity building in the emergence of industrial agendas in this sector and new services and new operators.

Ricardo Conde also points to “the increase of the private contribution in the space investment structure”, “the creation and promotion of new qualified jobs in Portugal in this decade” and the “promotion and close cooperation with technology-based startups” as essential steps for the success of this path. “This will require a collective effort between different actors, from industry to academia, through institutional bodies and research centres, but I am certain that we will be able to ensure that Portugal becomes a prominent player in the global space ecosystem,” he concludes. And, like Mariano Gago stressed on December 1999, while signing the document that oficially connected Portugal to ESA, the “scientific and technological challenges are tremendous” to any country, be it a big or a small one. But the cooperation between every stakeholder assures that the journey will be even more successful.