Vacancies for the Aerospace Engineering course have increased over the years — as have the average grades. More and more universities are including the course in their educational offer. The good job prospects seem to justify the growing interest, but the fascination for Space is also a good reason to make this choice when entering the Higher Education — and many others, because Space is not restricted to one course.

In the last academic year, the Aerospace Engineering course of Instituto Superior Técnico stood out once again from the remaining educational offer of Portuguese higher education: the last-placed student set the entry average at 19.05 values. Further north, and also in 2021/2022, the University of Aveiro premiered, with equally high values, the same course: the last-placed student arrived at the Santiago Campus with an application mark of 18.6. These data may reflect a bet of several young Portuguese students – who will soon have two more options, in Minho and Porto -, but there is much more beyond a high entry mark.

What justifies the interest? There are many hypotheses, and not all of them are linked to the fascination, almost always developed since childhood, for Space. The good prospects of employability may be an important factor, as well as the multidisciplinary nature of the courses. But let’s go in parts.

“It’s a course that guarantees full employment. There is always more demand than supply”, says Mara Caeiro, from QSR, a human resources consultant working with technological industries. According to figures from the Instituto Superior Técnico’s Graduate Employability Observatory (OEIST), all graduates of that institution in Aerospace from the 2017/2018 academic year found employment. “Almost 80% get their first job within a maximum of six months after completion. These are very significant numbers and in a way attractive for those who have an average that allows entry to any course,” adds Mara Caeiro.

It was at Técnico that, in 1991, the first Aerospace Engineering degree in Portuguese higher education was created, with “a class of only 35 students”, recalls Fernando Lau, Associate Professor at Técnico and coordinator of the Aerospace Engineering course at this faculty. Over the years, the interest of students in Aerospace Engineering has accompanied the development of the space sector in Portugal. This was reflected in Técnico’s training offer for the course: in 2009, the Space branch was introduced in the second cycle of studies, which joined those of Aircraft and Avionics. Alongside this, “the first phase access places have been increased in a sustained manner” over the years, also reflecting the “reputation for high-quality teaching that has always been associated with Técnico” and the inherent interdisciplinarity of the study plan.

On the other hand, the degree in Aerospace Engineering of the Aveiro academy had its first class last academic year and materialises old relationships. “The University of Aveiro [UA] has a past in the development of space solutions that dates back to the 80s, with collaborations with the European Space Agency [ESA], when Portugal was not yet a member of it”, contextualizes Nuno Borges de Carvalho, course director. And that’s why it seemed “reasonable to have a course focused on the aerospace component, allowing students and later professionals in the area”.

A universe of opportunities

But the “unquestionable attraction that the human being has for the space imaginary”, as Fernando Lau says, can also serve as a strong argument for the choice of an academic path connected to Space. And this path does not necessarily have to go through Aerospace Engineering.

Alexandre Cabral entered university “at the end of the 80s”, shortly before the creation of Aerospace at Técnico, studying Technological Physics at the Faculty of Science of the University of Lisbon (FCUL): “It was similar to what physical engineering is today. It was based on a strong scientific component, but it also had an engineering component.” The current professor at FCUL and researcher at the Institute of Astrophysics and Space Sciences (IAstro) found Space in the “last years” of his degree. He developed a taste for “optics and optical instrumentation” at a time when the first Portuguese satellite, PoSAT-1, which would be launched in 1993, was being developed. 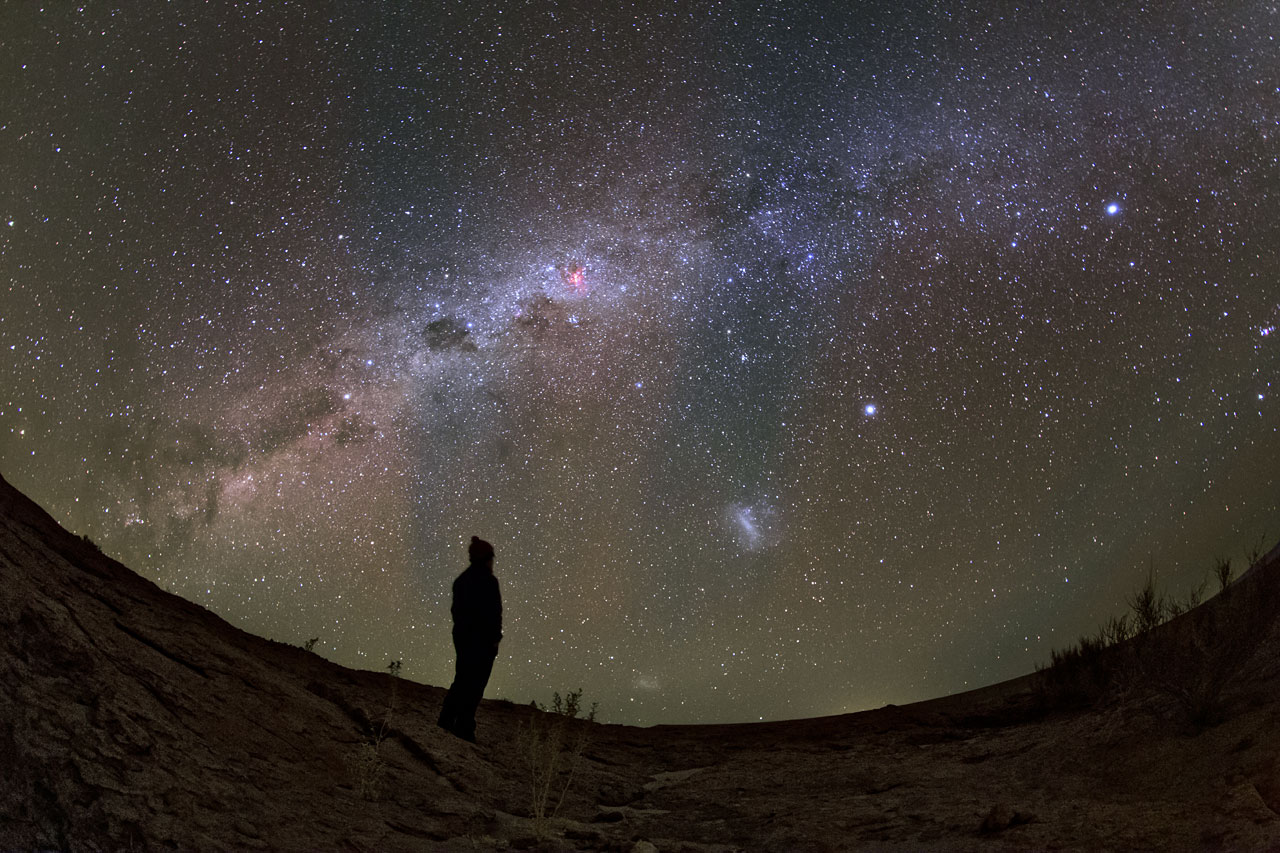 Currently, enthusiasm for Astronomy and Astrophysics has also increased, Alexandre Cabral assures: “The interest is growing and variable. There are those who are passionate about Astronomy and Astrophysics, who find the research component more challenging; but there are also those who want to follow the challenge of technologies in the area of Space”. And these are also “critical” areas in the space sector. “For Space it is fundamental to have Aerospace, but it is also good to have someone who looks at an optical system and knows how to go further. Or who knows how to look at systems. We need people from other courses”, he points out.

In the labour market, “teams are multidisciplinary”. And if today the diversity is still made with professionals from more traditional areas, scientific and technological development is opening up opportunities for specialists in less common fields.

“Space is a very particular environment, not natural to Man, and that, for that very reason, imposes new challenges to his health”, which raises “an increased interest in the various areas of scientific knowledge” and reflects, at the same time, new needs, points out Edson Oliveira, neurosurgeon and professor at the Faculty of Medicine of the University of Lisbon (FMUL). It was precisely in this educational establishment that the Centre for Aerospace Medicine Studies (CEMA) was recently created, an organism that promises to be fundamental for the development of the discipline in Portugal.

And even though the Lisbon College is a pioneer in this area at a national level, Edson Oliveira believes that “the teaching of Aerospace Medicine is increasingly more comprehensive and more translational and, in the future, probably more medical schools will have this training offer”.

Aerospace Medicine “aims to characterise the various systems of the human body and its physiological adaptations in relation to aerial activity and the aerospace environment”, also understanding “the clinical implications of the human being in this environment”, explains the professor. The teaching of this subject addresses “the physical principles behind” the changes that the organs and systems of the human body undergo in the space environment, “their consequences and the measures that can be used to counteract these effects when they become pathological”. 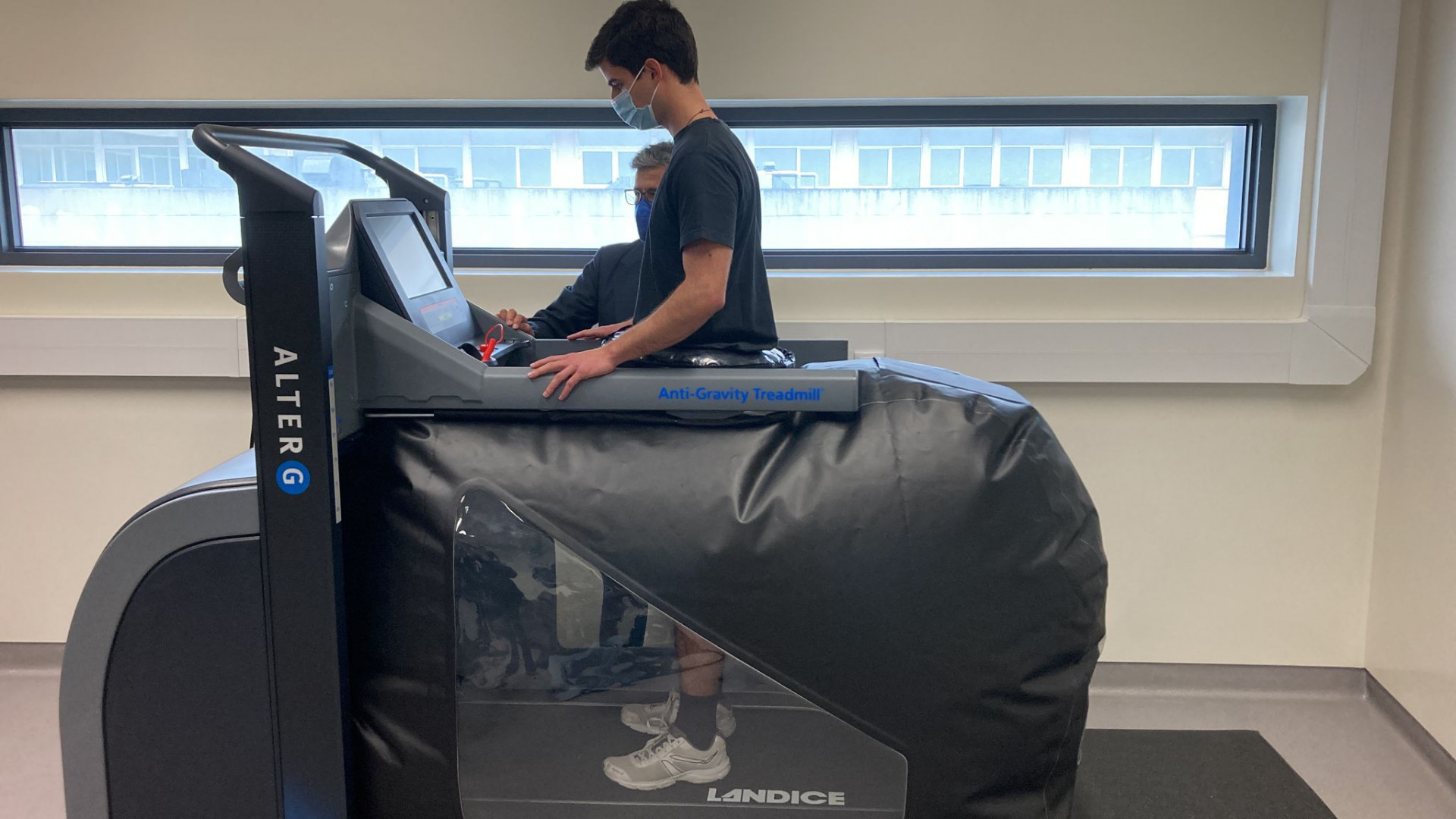 The FMUL CEMA is the first center of its kind in Portugal. © DR

Among the FMUL student body, says Edson Oliveira, there is “a growing interest in subjects related to the aerospace sector”, and the “demand for this training opportunity has also been growing throughout the semesters”. “The feedback we have through the questionnaires we have conducted is extremely positive and motivating to continue to develop this area within the Academy. Following the organisation of the discipline we have students who have gone on to develop quality scientific work in CEMA, some of which has already been presented at congresses,” he adds.

The present shows that, in the existing diversity in the space sector, there is already room for professionals coming from areas of knowledge that are far from the accuracy of numbers. Carolina Rego Costa is one such case.

When the legal advisor of the Portuguese Space Agency graduated from the Law Faculty of Lisbon University, Space was “something for scientists and engineers”. Today, the educational panorama in this area is different: “There is already a national educational offer in this sector. The New University has had a space law research centre for some years now, and the University of Coimbra and the University of Portucalense are beginning to have research centres working on projects in this area”.

And what does law have to do with space? “Space law aims, in a very summarised way, to frame human activity in space.” Carolina Rego Costa explains that this framing has been done through “major principles of action to which States adhere and undertake to respect”. These include “the use of space exclusively for peaceful purposes, scientific and technological collaboration, the assumption of responsibility by States for the space activities they license, mutual assistance and rescue of astronauts, the prohibition of appropriation of space and the free use and exploitation of space for the benefit of humanity.”

Thus, at work, the “most fun part” of Carolina Rego Costa’s day-to-day routine is to follow and contribute to various questions that arise with the development of the space industry – if only because of the growing weight of private activity, “and with an even more commercial side”, which needs “another framework” – “bearing in mind the law on space activities”.

And if the new breath of the space industry forces the adoption of new looks and perspectives on legal issues, it also reinforces the need to “respond to the market” so that no one “is left out of the new space race”.

It is for this reason that Nuno Borges de Carvalho says he is certain that “there is room for each University to bring its knowledge and its brand to this area”. At the end of last year, a few days before the ESA Intermediate Ministerial Summit in Matosinhos, the then Minister of Science, Technology and Higher Education, Manuel Heitor, revealed that “new courses in Aerospace Engineering are being prepared” at the Universities of Évora, Porto and Minho.

In Évora, this course is being considered “since 2014”, the dean of that university, Ana Costa Freitas, told Renascença at the end of 2021. The degree fits into the strategy of the University of Évora, which has defined “four anchor areas”, which includes the “aerospace area and digital transformation”. The course at the Faculty of Engineering of the University of Porto is also in preparation. 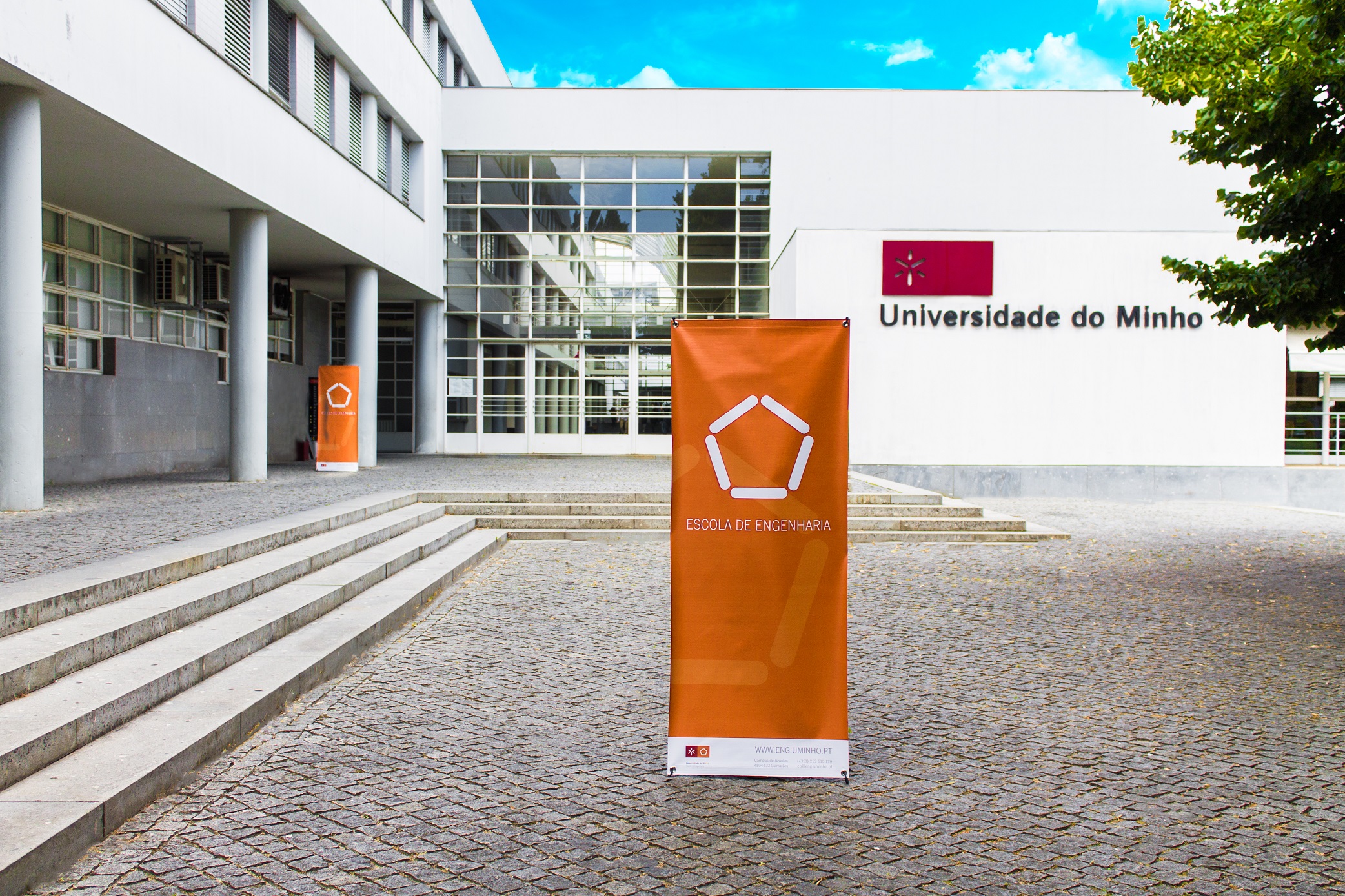 The investment of the University of Minho (UMinho) will take shape already in September, with bachelor and master. Like the course in Aveiro “is based on the path developed in recent decades, by their research centres and interface units in the aeronautical and aerospace sectors,” explains the President of the School of Engineering of the University of Minho (EEUM), Pedro Arezes. What distinguishes this educational offer from others? “The strong link to projects that will be assigned to and developed by students, based on a project-based teaching approach.” In addition, the master’s degree will be “entirely taught in English, allowing for an exchange that can be expected with other institutions, teachers and students all over the world”.

The winds seem favourable for the career take-off of students on these courses – whether on national or international soil. “The aeronautical and space industry in Portugal is booming, not only because of market needs, but also because of the unique conditions that Portugal already offers and may offer in the near future”, says Fernando Lau. And the new training offers respond to the Portugal Space 2030 strategy, which foresees the leveraging of the area on national soil – and, for that, it is necessary to train professionals.