The positive points of the year now ending in the space sector on a global and national level - from the magnificent discoveries in astronomy to the most awaited launches, as well as the events that marked the year and the national bet on strengthening the Portuguese space ecosystem.

“The year ahead demands resilience, unity of effort and a greater capacity for adaptability.” This was the message at the start of 2022, but in fact, it was a much more unstable year than initially predicted. It was an uncertain year and, as a result, weaknesses emerged in many different spheres in Europe and worldwide.

Still, there was good news and cause for celebration at all levels, and the space sector was no exception. Therefore, here are some of the (many) positive points of the year now ending in the space sector on a global and national level – from the magnificent discoveries in astronomy to the most awaited launches, as well as the events that marked the year and the national bet on strengthening the Portuguese space ecosystem.

The year of astronomy?

Christmas 2021 served as the pretext for unwrapping a gift that had been awaited for three decades: the launch of the James Webb Space Telescope, a partnership of NASA, the European Space Agency (ESA), and the Canadian Space Agency (CSA). There was no room for failure for the telescope that promised to open a window on new worlds. Months later, the wait paid off. In July the first image captured by the James Webb was unveiled: the deepest, most scintillating, sharpest and most detailed photograph of the Universe, composed of thousands of galaxies located 4.6 billion light-years away. As the Portuguese Space Agency’s astronomer, Cláudio Melo, stressed at the time, “the sharpness” and “the amount of detail” of the image, which results from “only 10 hours of observation”, is “impressive. But what we saw represents only “a region of the sky equivalent to a grain of sand at the end of a stretched arm”.

Since then, this marvel of astronomy has shown us the most distant galaxies we have ever known, dying stars, a quintet of galaxies, and a new picture of the Pillars of Creation. We have also seen Jupiter and Neptune with hitherto unmatched precision.

In the (re)discovery of closer worlds, and already in November of this year, the new space program Artemis was launched on the Space Launch System (SLS) rocket. It is the first step in the return of humans to the Moon, with the prospect of sending humans to Mars on the horizon. For the Portuguese Space Agency’s industrial projects manager, Joan Alabart, “the future looks promising for Lunar Exploration”. And the decade will be the decade of the moon!

To reinforce the importance of astronomy and science in the development of the European and national space sector, the Portuguese Space Agency marked the “Two Decades of Portugal at the ESO” through a conference that covered the past, present and future of the relationship between the European Southern Observatory and the national industry and academia.

The year is also marked by the launch of ESA’s new medium-lift rocket, the Vega-C. This is the rocket that, in the future, will carry Space Rider, Europe’s reusable orbital vehicle, which will land on the island of Santa Maria, in the Azores. Manuel Wilhelm, manager of Transportation and Space Exploration projects at the Portuguese Space Agency, attended the launch at the European spaceport, located in French Guiana. In his words, “this launch and the Vega-C rocket represent an important milestone to increase Europe’s capabilities and competitiveness in access to Space”.

Sustainability as a key word

In the final stretch of the year (and within a week!), two satellites were launched: Meteosat Third Generation and SWOT. The first one, launched on December 13, will produce images of Europe and Africa every 10 minutes, allowing faster access to higher resolution images, in a significant advance for the prediction of severe weather events. The SWOT satellite, from NASA and the French space agency, CNES, which will provide unprecedented, high-resolution images of all the planet’s large bodies of water, also began its mission three days later. The data released by this satellite may help scientists gain a better understanding of climate change effects. 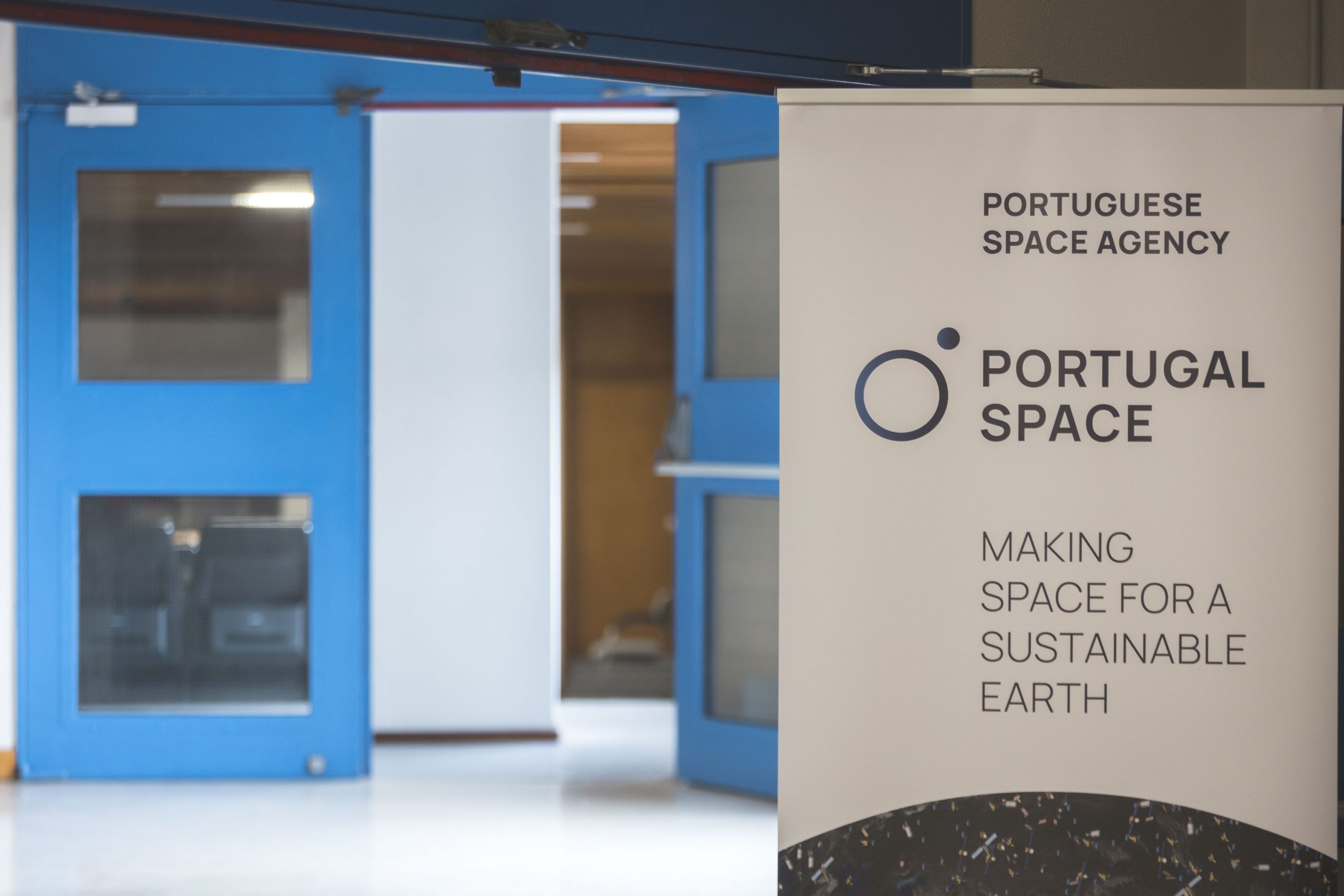 Speaking of satellites and Earth observation, it is worth going back to March to remember the 1st Copernicus National Conference, organized by the Portuguese Space Agency at the University of Évora. The Noble Auditorium of the Colégio do Espírito Santo in the academy of Alentejo was the meeting point of the Portuguese community of Copernicus users. As Carolina Sá, the agency’s Earth Observation project manager, pointed out, the conference showed that “satellites have, in fact, very diverse applications and can contribute to the solution of many challenges we face today,” also revealing the importance of the articulation between the “growing community of Copernicus users in Portugal.

Sustainability was the common denominator of many of the projects developed by the Portuguese Space Agency throughout the year. In May, the University of Aveiro hosted the fifth edition of the New Space Atlantic Summit, a summit whose motto was “A sustainable space for a sustainable Earth”. “Portugal wants to play a leading role in one of the biggest challenges ever faced by the sector: the sustainability of space activities,” said the president of the Portuguese Space Agency, Ricardo Conde, at the event.

Looking to the future

The national space ecosystem was strengthened at the ESA Ministerial Meeting 2022, which took place in November. This year, Portugal reached its highest contribution ever, with an investment of 115 M€ in ESA programs – a figure that compares with an investment of 102.7 million in 2019 and that reveals the importance of involvement in the European agency’s programs for the development of industry and national R&D centers.

“The increase in Portugal’s subscription allows to strengthen the participation of companies and scientific and technological institutions in the programs carried out by ESA, in line with the objectives of the National Strategy for Space, namely the technological capacity building of the sector and the national capacity building of infrastructures,” said the Minister of Science, Technology and Higher Education, Elvira Fortunato quoted in a statement.

The previous month, in October, the Portuguese space sector was pulsating at the 73rd International Astronautical Congress (IAC). Portugal had the largest representation ever at the event held in Paris and which is one of the world’s largest events dedicated to space. The Portuguese Space Agency led the Portuguese delegation, made up of six companies and organizations.

Education as the driving force

This clear commitment with the future also proved to be the driving force behind the Portuguese Space Agency’s educational projects in 2022. This was the debut year of the Zero-G Portugal – Astronaut for a Day initiative, which allowed 31 young Portuguese students to float in microgravity what astronauts experience in space through a parabolic flight. The bet is ongoing: pre-registration for the 2023 edition is already open, and Portuguese students will soon be able to register for the contest. In addition, 2022 was also the year of the biggest edition of the European Rocketry Challenge – where, for the first time, a Portuguese team not only launched but also recovered its rocket. 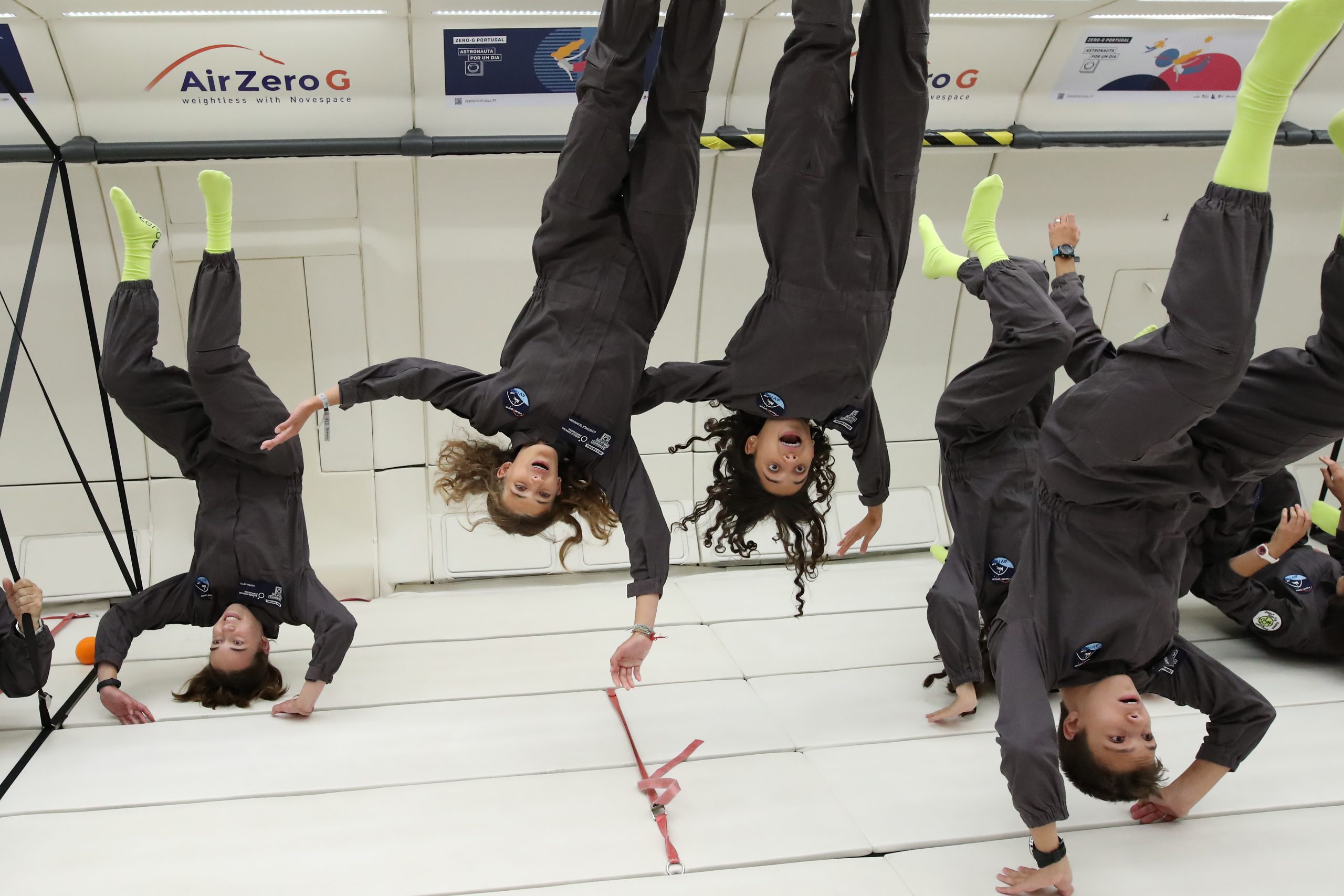 “These projects show that young people are interested in the area of Space and that it is increasingly necessary to give them access to this type of opportunity,” emphasizes Marta Gonçalves, manager of educational projects at the Portuguese Space Agency. The success of the Spatiobus, the French travelling bus that toured several Portuguese cities for two weeks, proves it. Coordinated by Ciência Viva and the Portuguese Space Agency, a series of activities led by CNES partner association Planète Sciences gave about 1,500 students and teachers the opportunity to build small satellites, conduct oceanography projects and much more. This was one of the activities developed under the Portugal-France Season, which ended up bringing the Portuguese and French space agencies closer together.

The year was also marked by the organization, in Portugal, of the 34th edition of the Space Studies Program, a nine-week intensive course dedicated to space themes. More than 100 participants from all over the world (including the largest ever Portuguese delegation to the SSP, with nine participants) arrived in Oeiras for a deep dive into the various space-related topics.